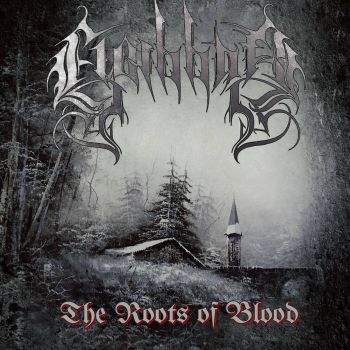 Buy on: Bandcamp
Type: Full-Length
Release Date: October 19th, 2016
Label: Independent
Genre: Black
1 The Blood
2 From Hell To The Sky
3 The Anchor
4 The Sound Of Your Voice
5 Fire - Fire And Sword
6 Repent One Day Before You Die!
7 Vision In Darkness
8 My Light Upon Your Path
9 Fire - Righteousness
10 Fire - Deliverer
11 The Separation
12 The Beast Out Of The Earth
13 The Lamp
14 Armageddon

Elgibbor is a Polish (located in the US nowadays I believe) one-man project. Fire is a talented guy I have to admit, yet the raw production quality was always hard to swallow.

This album features some of the best tracks that I've encountered in recent times in the unblack scene. Unlike many artists in this genre who are just unable to write a decent riff and record their demos with the help of their mobile phones, Fire makes good use of the raw sound, which took me a while to understand.

Without a doubt, this is my favorite Elgibbor release. It features some pretty unique melodic elements combined with the atmospheric elements that result from the low production quality. If this were any other genre than black metal, I'd have dismissed it already as trash. Elgibbor, on the other hand, knows exactly what he is doing by applying this sound.

The riffs are not repetitive as I had expected, therefore it's is a little bit hard to characterize the exact sound of this album; there are tracks like 'The Sound of Your Voice' with the guitars having a mostly buzzing sound overlaid with melodic notes and tracks like 'Anchor' which can even be described as raw black 'n' roll. Fire tries to evoke a state mind, an atmosphere that is supposed to make you think about repenting, the Armageddon, forgiveness, spiritual war, etc. Fire, as an experienced musician and declared believer, managed to achieve exactly what he attempted to. His riffs are definitely not sloppy, technically well-performed and each had its purpose on this record.

Unusually, the drumming was quite enjoyable for a one-man project (in my personal opinion). A variety of tempos and beats can be found here and as expected he applied a faster tempo for the atmospheric parts and a quite groovy style of drumming here and there. I am positively surprised how good the mixing was and how well the drumming matched the guitars; definitely, something Fire can be proud of.

I am quite certain that this was Fire's best vocal performance and fits the whole atmosphere perfectly, almost drifting into depressive/suicidal black metal. He mastered the characteristic black metal vocals a long time ago but still remains at a lower range than vocalists like Hoest or Gaahl. Noticeably, the lyrics are Christian and therefore I would say that it is reasonable to distance this band from the depressive subgenre, although the atmosphere is at some points quite hypnotic and sorrowful. The lyrics are entirely Christian, but more enjoyable than most of unblack lyrics since they are not so militant and a bit more mature.

Not to waste any more words, buy Elgibbor's stuff if you are one of the few people on this planet that can actually digest pure rawness.