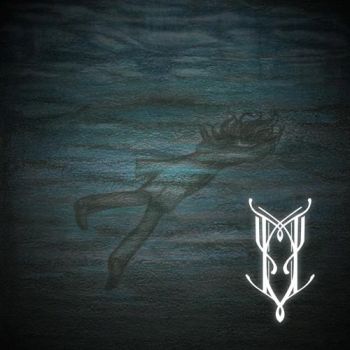 In Majestic Silence is the first and so far last full-length album of the Finnish black metal band Archimage. If you manage to ignore the slightly sketchy and nerdy associations that come up at the mention of such a word, you could experience a mental assault of beautiful melancholic Nordic melodies and a few catchy groovy riffs.

The album opens with a tremolo-picked riff, which immediately creates a cold atmosphere and the strong melodic undertone makes it even clearer that you are dealing with real Finnish black metal. To let the music progress, one has to accept the use of new technologies and give room to entirely new concepts, but this release does pretty well without them in the form of pure classic black metal covered with rawness, which once again proves the sheer inexhaustible potential of this genre. It's amazing how well the guitar tone is used throughout the album. Every riff seems to have its ups and downs, if you judge it by the emotional effect it has on someone who listens to it. The main riffs have an incredibly raw sound, but still keep the intense, sad melodies that you often find in Finnish metal; as a perfect example of the good use of this technique I would call the second and also my favorite track 'Thoughts on Deathbed'.

Prophetheus Evil played the guitars on the whole album. Another impressive feature of his playing style besides his great ability to write overly melancholic riffs is his collaboration with the band's bassist, Hastur. I can't think of a riff on this whole album that didn't match the tempo of the guitars or one that lagged behind the chord progression. The bass sound is generally relatively high pitched and distorted well-enough to contribute to the atmosphere without sounding openly too "heavy". As an often neglected and overlooked instrument in this genre, I didn't really expect bass lines that would stand out or burn themselves into my memory, which is true for the most part, but the way the guitar riffs were able to enhance the effect was simply more than pleasant for me, and so I have no choice but to acknowledge Hastor's great contribution to this album.

O. Sirius was in charge of the drums and to be honest, although the sound as a collective makes something beautiful, his style is rather monotonous and obviously formulaic at some points. Most of the beats are pretty fast, and Sirius' blast beats are definitely not his weakness. Every now and then you can hear several thrashier beats, which simply underline the music with sheer aggressiveness, which fits the mood pretty decently. Apart from the technique, the sound itself is simply powerful and distorted to such an extent that the cymbals sound fuzzy and melt into the music quite well. As a whole, the drumming is certainly on a high level and quite pleasant, though not overly creative or daring.

Prophetheus' vocalizing is typical high-pitched shrieking that just rips through your flesh once you hear it. It is not too raspy, which is bad if you ask me, but still pretty much indistinguishable. He maintained the same nasty sound throughout the album, and there's not much variation, except for the one filter at the end of the seventh track 'Suffer the Aeon'. Overall, the vocals fit the music well and are perfectly executed, which adds to the sad atmosphere.

All in all, I enjoyed the album very much and I have to say that it has a high replay quality. It is incredibly melancholic, and I would refrain from recommending it if you are in a bad mood or depressed because I am sure that this album will definitely pull you down, on the other hand, it is just black metal. It is an incredible example of how sophisticated and strongly orthodox black metal can still be after so many decades. This album is definitely for the lovers of melancholic atmospheres and should please every fan of classic black metal. So I would say that you better start looking for a reason to listen to this piece as soon as possible.