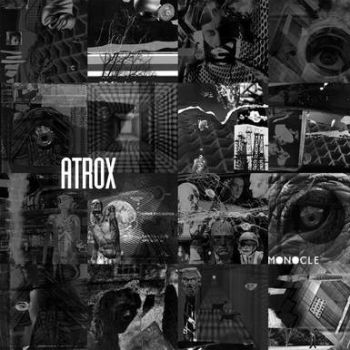 The music of Atrox has never been good for definition, maybe only on their first doom metal record, but even then they've still created an individual approach. Their later experiments were like utter madness, but after the departure of their vocalist Monica Edvardsen, the music became less bizarre. With new vocalist Rune Folgerø they released two albums, and the Monocle is the second in new style (and with the gap of almost ten years).

There’s no such word as limits in case of Atrox, there never was, so they go on with their experiments even after such a long pause. But the comeback was very welcome, even with so massive rivalry in genre. Of course, in a sense, they had their name on avant-garde scene, but they were never famous. This music is progressive as hell, but instead of alarming you in technicality, after some time you start to sing along, because the songs are simple to perceive, and the melodies are catchy. Almost in every composition there are strong guitar riffs, and they precisely create the structure of the song. Rune’s vocal range isn’t outstanding, but his singing is so intense and shrewd, that it compensates the excuse of angelic/demonic manner of Monica’s singing (she’s like a goddess). Of course, I still miss her talent, but new Atrox are on a right path, this is now different band in a way, so better not to compare. The principles of heavy metal are followed here, so it’s not some out of style music, and with some influence of electronic music (especially on songs 'Suicide Days', 'Mass' and 'Movie') this album recreates good balance between heaviness and pop-like attitude. Clean sound and the articulate audibility of every instrument (as well as vocals) create comfortable conditions to immerse yourself entirely in the Monocle.

Virtuosity and confidence of every musician is really striking, though there is only standard set of instruments for metal band (bass, drums, guitar and synthesizer), but still that’s enough to fit in avant-garde genre. There is a change of mood in every song, and after it the song seems stronger and it’s not possible to miss these moments. Epic atmosphere throughout the record isn’t too prevailing, but it is perceptible. Industrial moments rather fill in through the music, but it’s more a progressive record, and not electronic. Some can say it has gothic influence, but only in a sense of old gothic rock/post-punk scene and dark atmosphere.

There are some difficulties to compare Atrox’s music with some other band. Even after change of style and long pause, they’re still  simply Atrox. Hopefully we won’t need to wait another ten years for new record, because experimental musical scene is far poorer without band such as Atrox.