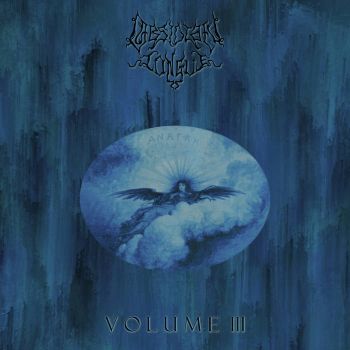 Founded ten years ago in the US, Obsidian Tongue was initially one of those common one-man black metal bands, whose only member was the founder Brendan Hayter, currently involved also in other projects, all of them related to the extreme metal scene. The most notorious one is the excellent Canadian band Thrawsunblat, a folk infused melodic black metal ensemble, which is a quite interesting project. Going back to Obsidian Tongue, the project rapidly became a two-man band with the incorporation of a drummer. With an established line-up, the duo debuted with a decent first album, which was rapidly improved by the subsequent works, like the sophomore A Nest of Ravens in the Throat of Time or the split Northeastern Hymns. This improvement caught the attention of the quite respected label Bindrune Recordings, which took the decision of releasing the Obsidian Tongue's future works.

2020 will be the year when Obsidian Tongue’s new work will sees the light of the day. The new opus is entitled Volume III and, as it happens with the third album, this work should confirm whether the band has or not a promising future. Obsidian Tongue plays a guitar based atmospheric black metal with some quiet and intimate interludes, creating an interesting contrast with the most aggressive sections. For instance, the album opener 'Anathk' is a pretty clear example of what the band can offer. This track, being the longest one, has indeed enough room to flow quite naturally between the blackest metal parts, with the expected aggressive vocals, being sometimes accompanied by some clean melancholic ones, and the calmest sections. Those calmer sections have an introspective nature and they are like a bridge between the black metalesque sections. I find these serene sections quite interesting as they are tastefully done with very nice melodies. As for the guitars in the typically black metal parts, they are clearly less melodic as they fluctuate between more dissonant and aggressive chords and a trance inducing riffs, which I think are the most interesting ones. This contrast is clearly perceived in shorter songs like 'Poison Greem Dream', which delivers both sorts of riffage. Furthermore, these songs, though being shorter, have also room for the aforementioned clean vocals, which at first I didn't like that much, but which I dig more as I listen to the album more times. Although musically speaking long songs like the album opener or 'Empath' let the band introduce more serene and hypnotic parts, which is always nice, the shorter compositions have also interesting elements. Their immediacy and straightforward strength is always a necessary element to create a balanced album.

In conclusion, Volume III is a good album and though I couldn't consider it a groundbreaking record, it has enough interesting elements and quality in the compositions, to make it interesting. Any fan of atmospheric black metal or this sort of modern black metal made in the US will find absorbing elements in this record, which will make them enjoy the album.