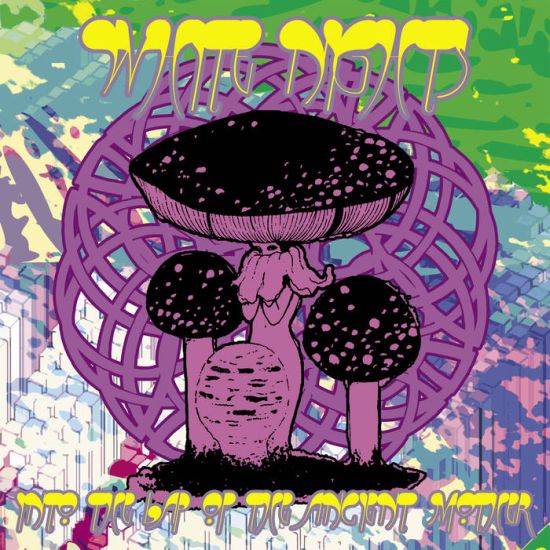 We are seeing more musicians adopt the psychedelic sway in black metal with bands like Eadem and Golden Light (as of most recent memory) finding a valuable asset in it. Now comes White Nights with their debut EP, Into the Lap of the Ancient Mother.

The organ has always been an instrument I felt deserved more usage in black metal because it has (for me) sounded of great effect where atmosphere/ambiance are concerned. Hearing it on Into the Lap of the Ancient Mother and analyzing the way it was incorporated into the music has incited more pleasure than displeasure. Its continuous usage summons up a feeling of new beginning, celebration all the while appearing dismal. It somewhat fits what the band's theme seems to be, which is that of the Summer Solstice. And given that Into the Lap of the Ancient Mother comes out April 24th it would make sense its release be dated now for the approaching season.

The vocals resemble spoken chants more than those of the traditional vocal shriek or snarl which compliments the psychedelic sound on Into the Lap of the Ancient Mother. They are slightly similar to those heard on Inqusition's 'Bloodshed Across the Empyrean Altar beyond the Celestial Zenith' track and give off a death-wave feel that in-turn adds yet another layer to the music on the record. It's good that the vocals here are unorthodox thus the band's identity stand out and apart from others.

As a reiteration, the music here has a very psychedelic overtone, but it does not override the actual black metal aspect. Though opening song 'Litha' would seemingly be a bit more on the bizarre yet colorful side, the album takes a more recognizable shift towards the black metal aspect with the introduction of 'Drift From Irminsul' that is further reinforced with 'Bölthorn'.

Into the Lap of the Ancient Mother plays like a celebration if anything, in which the colorful artwork gives representation of, hence the blossoming season; however, still retains some of that ominous goodness home to black metal thanks to the ambiance atop the guitars and drums. Expectantly short for an EP but holds major promise of better work to come from the band. This brief display of audial delight be treated as a sign of what awaits on the horizon.