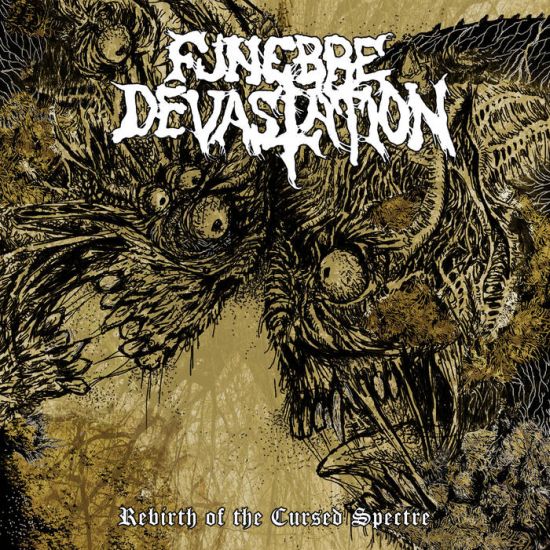 This album is nothing less than old school worship in its purest form. Vile, venomous and sounding appropriately obscure, this album takes you on a tour through the most primal forms of extreme metal and what a ride it is! These guys mean business and they deliver the goods with gusto. This is a must-have for all who call themselves fans of pure old school death/black/thrash.

Their sound is firmly built on a foundation of primitive death/thrash, think of bands like Messiah, Canada's Slaughter or Bulldozer, crossed with the earliest of black metal like Venom, Hellhammer and Bathory. In its primitive execution I can also hear bands like early Beherit, Profanatica and Bestial Summoning, while in tracks like 'Punishment Shall be Inherit' and 'Battle of Awakening' the band reference the sounds of Darkthrone (circa '92 - '94) and early Gorgoroth. There's even a punk edge to the music: the D-beat percussive hammering in a song like 'Mortal Prophetic Silence' clearly stems from bands such as Discharge and GBH and has touches of Motörhead as well. Little mistakes here and there don't diminish the whole and actually add to the primal atmosphere contained in the music. All of this combined is delivered with power and conviction and the production is fitting for the primitive assault on offer. It sounds loud and clear without sacrificing the aggression and integrity of the music.

This is an awesome release that recently I have been playing again and again without tiring of it. It has the right mix of ingredients and that primitive touch that simply oozes old school spirit. The listener is attacked with malice and pummeled about without mercy and that's exactly how I want music like this to be: no frills, no bullshit. If you're into bands like Unholy Force, Putrid (Peru), Terrorsaw or Belgium's Slaughter Messiah you simply cannot afford to miss out on this one.