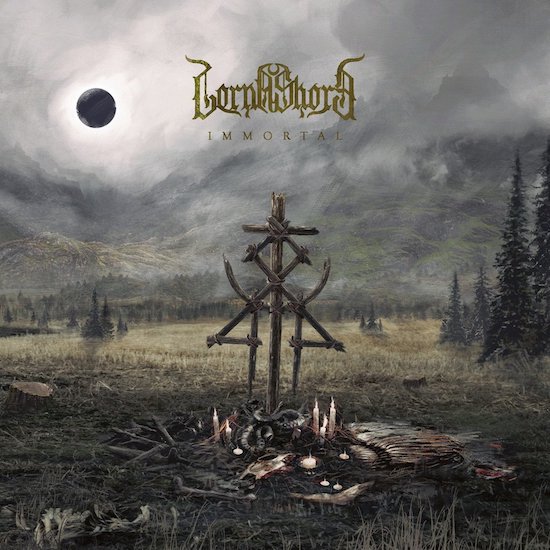 It took me a while before I decided to write something about this album, which was released quite early this year, almost 3 months ago. There are several reasons to this. First of all, I definitely needed some time to lock horns with this magnificent beast and a beast it truly is. The roots of this band are surely stemming from deathcore and this is definitely the center of this album. But it has so much more inside that you definitely need quite a few sessions with it to catch all the flavors. It's like a very rich meal after which you think you don't need to eat for the next two days. Second reason is that, as unfortunately it is a case with some quite good albums, there's an ugly story behind the scenes. I needed some time to digest some of that before I could distance myself from that and focus solely on artistic merits of this release.

So, speaking of richness inside this album, you have to imagine a mixture of deathcore with quite a lot of additional elements. First of all, we have symphonic elements - orchestral passages, choirs, keyboards and some ambient sounds. This album is so full of them that, if you add some progressive guitarwork, really power metal-style, epic melodies, almost folky at some point, this could be easily a soundtrack to some equally epic and pompous story, to a scale of "Lord of the Rings". Or bigger. And this is not limited to just a couple or few songs, all of them have almost the same amount of richness, virtuosity and speed, but none of them is missing proper breakdowns, which even Brand of Sacrifice wouldn't be ashamed of.

Moving on to technical elements - all musicians represent very high skills, production is very good, so you can clearly hear what level of mastership each musician is presenting and I can't find any single fault, but also no musician is given the main spotlight to steal the attention from the rest of the band. The material presented shows a lot of very good ideas on how to be a modern extreme metal band, taking influence from a lot of metal subgenres, but, as the guitarist Adam de Micco describes it, "We became the band we wanted to be, rather than just the product of our early influences". And that sums it up quite well. The band is beyond the point up to which you pay tribute to your heroes, you start paving your own way to become a brand that is recognized amongst metal fans as something unique and invent your own style.

To bring you a bit closer to what the style is, apart from Brand of Sacrifice mentioned above, I would probably mention just power metal in general, with riffs being a very impressive mixture of deathcore and progressive playing, to me some of them resemble the style of Allegaeon and definitely their solos, even if not as good, are definitely close second to what you can hear on "Apoptosis". Some of the melody lines, especially the ones played on high pitched guitars remind me of Aethere or Nightbringer, with the second one maybe not being a deathcore band, but as soon as you listen to the whole Immortal album, you should hear the same similarities that I do.

Some of the melodies border on a bit cheesy, but thanks to the richness of additional elements it's not off-putting in any way, don't get me wrong. And the musicians do not go into overdoing any passages, so that you don't get bored with any melody line. All are timed perfectly and last exactly as long as they should, each track keeps you interested and hooked through its whole length. And when you're listening to it for the first time, it obviously surprises you with some constructions. To me this is one of those albums which are the landmarks of how extreme, but still varied and complex modern metal is in this particular moment. It will be interesting to listen to it in few years to see if it keeps this high position, but at the moment I am very impressed with this gem that Century Media managed to find.

I got interested about this album right after watching a video for 'King ov Deception', with impressive closing bit, which reminded me of Moyses Kolesne from Krisiun, but there are definitely few more tracks that really stand out compared to releases from other bands within this subgenre. My recommendation is to listen to 'Darkest Spawn', 'Hollow Sentence' and 'Warpath of Disease'. Or actually, even better idea - listen to it whole. Few times. On full blast. Unless you have neighbors, then obviously adjust the volume accordingly, in order to remain a responsible member of local community.