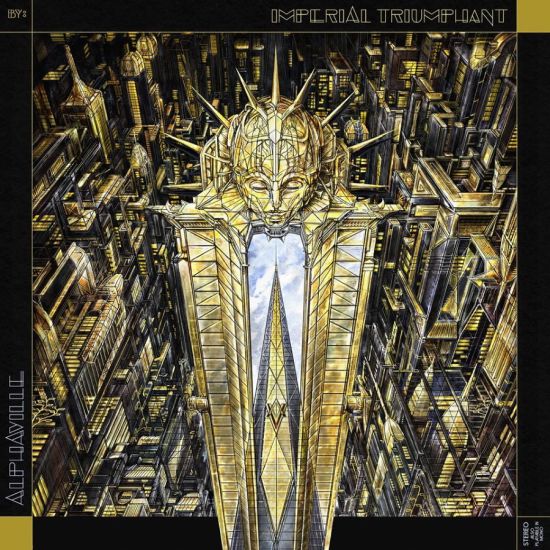 Imperial Triumphant is basically New York like you’ve never heard before. The incorporation of wind and string orchestrations in some passages gives a neoclassical touch to the band’s dissonant and noisy avant-garde proposal and kind of represent the high life of the city’s elite. Extreme metal is present in some grindcorish weird chords with blast beats on the background. Other riffs sound more black metal, intense but somehow melodic and melancholic; depictions of the cold and humid realities of the streets. The vocals vary in range, from high pitched black metal shrieks to guttural growls, lower and deeper; impressions of the very souls of the tortured working class in the most savage and oppressive stages of late capitalism. The most interesting parts though, are the bluesy and jazzy influences present all over the place.

Those old rhythms were developed mostly by slaves that coexisted with the other social classes in the city since colonial times, so it kind of fits. On the most aggressive and fast parts, the guitars are playing “normal” extreme metal riffing, but the bass is filling in with some vague walking lines; it sounds like improvised jazz, out of place and fracturing the beat. There are other parts like the intro of 'Transmission to Mercury' where the winds and the quiet piano actually sound like a big band just waiting for Sinatra to start a verse, very art deco like the album cover. Those pompous parts resemble the lifestyles of the socialite in that 30’s golden years nostalgic tone really well.

The last track of the album is a cover originally by an avant-garde band called The Residents. They remind me a lot of Mr. Bungle and while Imperial Triumphant is way heavier than said bands, they surely include those circus like glimpses of irony and sarcasm in their music too. I would even say they are more avant-garde that extreme, but they are also the heaviest avantgarde act, which turns them into the last fashion statement in extreme metal in terms of innovation. The whole music concept of this album is impressionist and those sudden mood changes certainly catch the listener out of base the first time, an effect few composers can achieve with such a high degree of dexterity. The chaotic atmosphere this tunes manage to evoke represent a quantum leap in terms of originality and innovation, but they are also very organic, I love how every sound is generated with real instruments by actual players. Someone could think that in this day and age the next big thing would mandatorily include electronic music but gladly we’re are not there yet!