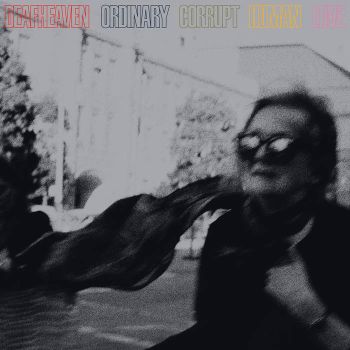 This album has a lot of negative reviews out there. For me this was my first Deafheaven album and working back through their backlog has been an interesting journey. Each album is a distinct experience and Ordinary Corrupt Human Love is the most distinct of all. That isn’t to say it’s their best work but rather to validate its place within the discography. They are labelled as post-black metal, which is a rare label to see and can mean a few things. Deafheaven have received this label due to the experimental approach they have to black metal, something they have always done. So, it seems odd to get upset when that experimentation takes a direction that could be considered a departure from the rest of their music. It’s just a hell of a lot brighter this time round and I think that’s thrown off the conventional black metal fans who tend to thrive on being the exact opposite of ‘bright’. In their album New Bermuda, you can hear riffs and sections that touch on what OCHL is doing. I feel like they decided to expand on that aspect of their sound and apply it to the heavier parts of their albums to create a whole new sound.

Two things are plainly present here, shoegaze and black metal. I love this combination because it just works, they are both genres known long brooding songs and often a platform to express negative feelings or destructive thoughts. Again, something I really enjoy. What OCHL does is use the conventions and stylings of both genres instrumentally but applies a tone that is more upbeat and positive. It’s the same familiar transitions, riffs and beats but they have been turned upside down. This is not only a cool concept for an album, but it also shows great craftsmanship musically, to deconstruct the two genres they have been known for and rebuild something new and interesting out of it. They essentially deconstructed themselves as a band. So not only does this fit in with their music but it also speaks volumes of Deafheaven’s awareness of what they do. Essentially, the point of contention for some listeners might be the aesthetic which goes against anything typically found in extreme metal genres.

The vocals are great, on a regular black metal album they wouldn’t be anything special, but they are used with the bright music in a way that is really fitting. A lot of the notes end high where they would end low and the rhythm is different. The vocalist clearly has a solid understand of the genres and he freely manipulates them for his own use. This will be restated in many ways, but I can’t help but express how much creativity is at play here. It has really breathed life into some very old ideas and styles. Other bands have attempted the core concept presented here but this is the most successful version of it that I have heard. The lyrics are stunning, I’d recommend reading them as they contribute to the attitude of the album in a very casually poetic way.

Instrumentally this album is damn near a masterpiece. It grooves, it takes it’s time and yet it is always making its point. There’s a lot of aggressive metal guitar work like tremolo picking used on this album but it’s done on a brighter key or scale, so it just sounds nice or “pretty”. It really is the reverse side of black metal and I’m not sure if it would be as possible without the slow shoegaze aspect of the songs. It still has heaviness, but it’s been inverted, I think this album is a good lesson on the idea that aggression doesn’t equal heavy. The drumming really starts to pick up when the tracks grow in intensity, becoming just as noisy as you’d hear on any other metal record. Particularly the track 'Glint', when it reaches its peak, it goes off like fireworks on the night of your life. It’s all the parts of previous albums that made Deafheaven unique put into one fully realized album that doesn’t borrow anything for the sake of contrast.

Overall this is a very emotionally stirring album and I am very glad I found out about it. It’s one of those few albums that feels like you’re exploring something as you listen to it and I haven’t felt this strongly about an album in a long time. It takes you on a journey and I think that’s worth more than any amount of genre loyalty or pandering.

This album is like your life flashing before your eyes as you lie on the verge of death but everything you see makes you happy.