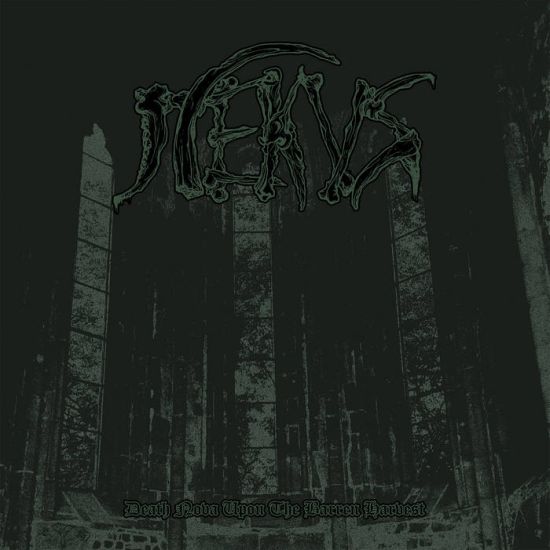 Cavernous? Germany?, this thing is highly infectious, hence we see so many other regions follow pursuit of the void magnetizing death metal. Nekus falls victim to the Australian wild-fire ignited by the likes of Grave Upheaval ("Untitled II") and Temple Nightside ("The Hecatomb") as they would usher-in, promulgate, master and renown a ritualistic form of death metal continually making waves within the underbelly of the medium. Death Nova Upon the Barren Harvest is Nekus' first attempt at channeling the void in which they execute without trouble and with a surprising degree of rigor. The collective of 4 necromantic delights cloaked in disquietude reach for the listener that when held by the engulfing darkness of the compositions is left to bare the inescapable paralysis.

Without an intro or any sort of deterrent, 'Devouring Mills' explodes with a frightening gust of bombastic drumming, butchering gutturals and trance-inducing riffs operating in subservience to the importunate vibrations of the vox, drum kick and bass. Like a beast risen from eons old slumber, upon its resurrection, the atmosphere dims ominously and intensifies incrementally, creating a portal with which is used to summon the dread it arrives with. With cankerous hostility at the core of the music, 'Putrid Harvester' extinguishes any clemency that may lurk and attempt to undermine the ritual. Very much still cavernous this entry conducts itself with much groove and militant drum patterns. A formula enlisted that would go on to be a recurrent theme on Death Nova Upon the Barren Harvest.

Had it not been for the promotional text, one would have mistaken 'Death Nova Upon the Barren Harvest' for a Grave Upheaval recording. Nekus' crop is quite identical to such but is not without its own ingredients amidst the uproar. There's more death metal here that there is doom and the rhythm is consistent most times with scarcely a break for a bit of rhythmic diversion or deceleration. Not very technical or complex at all, only using the simplest of movements to get the job done; as they say sometimes, 'less is more' and such is the case here. The clear production captures the atmosphere and helps out the impact of the drumming and vocals that as a team carries the album. One could only predict greater things to come as a result of Nekus' unannounced though splendid emergence.