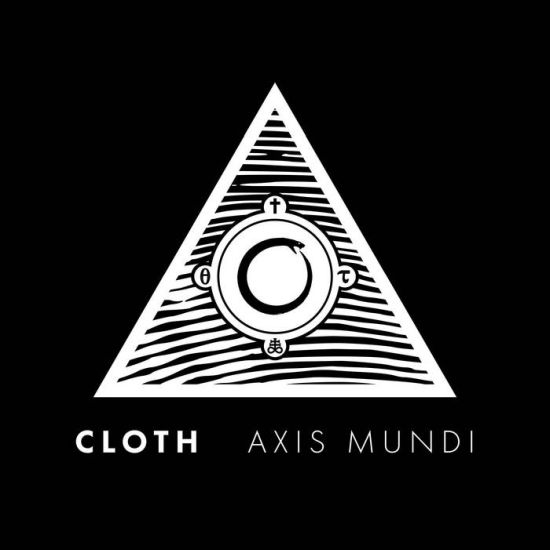 It happened again; the Norwegians have made an incredible black metal album. Cloth is a Christian band and Christian metal is basically a genre that never really reached great heights in terms of commercial success and is in a worse position today than ever before. With hardly any new blood circulating, Nordic Mission as a label stands like a beacon of the mentioned genre because it was able to rally all the remaining veterans in the scene and provide us with some killer releases. Once you see an album released by this label, you should know that it is definitely high-quality material, as demonstrated by this incredible release.

There is a wide range of influences that went into this very experimental release, from rock-n-roll vibes on 'Signifiant' to clean vocals that would even have their place on a Cynic album. With this being mentioned, I have to praise the guys for how well they have integrated these complex elements into the more primitive context of black metal; everything seems to be in the right place and there are no fluctuations or inconsistencies in the atmospheric value or attention given to each track. It becomes clear why, when you look at the past and current other projects of the band members like Dalit, the experimental metal project Aspiration and the doomy black metal band Stronghold, who have released probably one of the best unblack metal albums of all times with "Prayers from a Yearning Heart". These guys are veterans who know their instruments well and for sure possess the necessary skills to make their vision come true.

Finding an aspect worthy of criticism has proven to be a quite difficult task on this one. Without any intro, the album starts with the opening track 'Ghost Town', one of the more aggressive ones, with some quite groovy drums and riffs that have their roots in death-doom, but show tendencies leaning more towards rhythm oriented black metal. After the highly rhythmic riffs, atmospheric and melodic bridges regularly appear, and suddenly the whole thing drifts into a black metal direction. The track by itself can be seen as an example of the atmosphere that accompanies one for the rest of the listening process, but the variety of techniques used to achieve it, are very different and so you cannot predict what to expect from the upcoming pieces.

The riffing and the general sound of the guitars that you can hear on this album is simply first class. A lot of the riffs are, as I said before, quite a rhythm oriented, but at the same time, they keep the black metal accent and therefore just sound quite hateful and full of pure rage. There is a lot of material here that can be described as melodic, which has more of a melancholic atmosphere with an occasional doomy tone. All in all, it is simply impressive how such a bunch of colorful material fits well into the overall picture without losing quality. To conclude, I can't make a single complaint about the guitars.

Considering all the mentioned experience of the band members, it was no surprise that the vocals and drums were on a high level. Cato Gulaker is a genius behind the drums, although fast tempos can attract the attention of a large part of the audience, it is admittedly difficult to keep the whole thing interesting. The drums sound clean but not blatantly, unrealistically perfect, making it clear that a human being is responsible for what we are hearing. Since most of the album is set at a middle tempo, it's obvious to suspect that Cato's comfort zone is to be found here, and admittedly he makes a good job in keeping the whole thing entertaining. The beats are not repetitive and certainly not simple, which distances the whole project from the raw side of black metal. There are occasionally some blast beats and a lot of slower parts, which he also masters by using a healthy dose of technical proficiency, which fits the atmosphere and rather supports the aggressive values of the vocals and guitars instead of evoking the additional tension by himself.

The vocals are high-pitched and surprisingly easy to understand. I could almost complain about the monotony, but they are far too pleasant, as they fit the whole tone of the record, and the third track 'Ad Baculum' basically ends with clean vocals, which stand on the common ground between classic clean vocals, Catholic chants and the robot vocals from Cynic's "Focus". To be honest, the whole concept sounds just awful, but these guys just balanced it out so well and delivered one of the most beautiful vocal lines I have ever heard in metal.

The lyrics are quite well written, though not with the poetic beauty and vocabulary of figures such as Michael Cook or Mike Williams. Although Cloth is a Christian band, the lyrics are not "preachy" at all, but rather offer a Christian perspective on a number of things like the Memento Mori or the decay of everything in general. Even as an atheist one shouldn't expect to be irritated by the lyrics and if you have a grim outlook on humanity, you may actually find yourself agreeing with a couple of lines.

To give this true masterpiece a fair rating is quite hard because I can't imagine that many people can really get into the stranger aspects of this release, and I certainly wouldn't recommend this to people who have never listened to metal in their whole life. Nevertheless, there is quite a number of open-minded people who come from the doom and black metal backgrounds and for whom such a release could be quite pleasant. If you feel addressed, I have nothing more left to say except that you should get this album and start enjoying this piece with the respect it deserves.