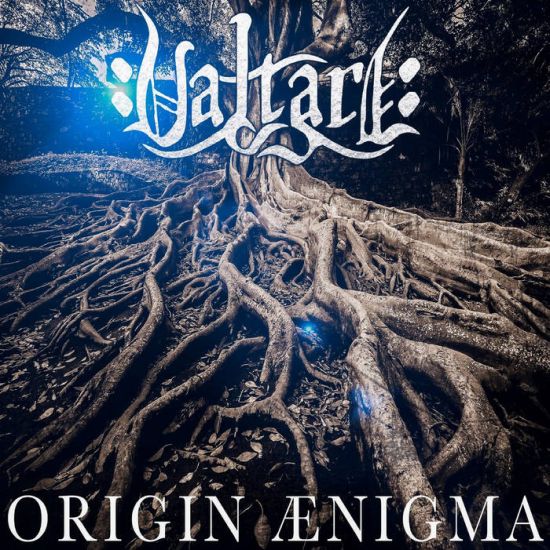 Valtari was brought to my attention a few weeks ago by someone claiming his newest album to be "a mix of old Dissection and Amorphis". Any band which cites those two as their influences is an offer I simply can't refuse, and so I was immediately inclined to give it a listen.

Truth is, while Dissection and Amorphis certainly do play a role in the melodic package the band offers, I'd much sooner liken it to several other derivative third-wave bands, the Brymirs, Nothgards and Aetherians of the melodeath underground. Valtari fit quite neatly within the box of conventional melodeath, which can be taken positively or negatively. The guitars do all the talking, so there's no shoehorning in of clean vocals or gimmicky folk instruments, but at the same time you won't find the tastefully crafted atmosphere seen in Duskmourn and Shylmagoghnar's works, nor, indeed, the clean and befitting inclusion of folk instruments and clean vocals in, for example, later Amorphis.

That's all the things Origin Enigma is not. What it is can be summarized as such: it's mid-paced melodeath that churns through melodies like a well-oiled machine. The riffs are good - melodic, euphonic guitar lines supported by very typical mid-range vocals and drumming with the occasional guitar solo, quieter section or keyboard line thrown in for good measure. At 40 minutes long the album goes by in a whirl of harmony, and this is one thing I feel he got right; any shorter and it would scarcely be worth listening to at all, and any longer would make it drag on and become a chore. But for a fun, light-hearted listen, the length is perfect.

But while catchy and fun are both accurate descriptions of the music, a key complaint I have is the lack of staying power - it's just melodic death metal. Good melodic death metal sure, but if you asked me to name one thing that sets these guys apart from all the bands I previously mentioned, I really would not be able to. The guitarwork is both technically skilled and well-composed, but not one melody from the whole album stuck with me after I finished listening.

Origin Enigma an album for the melodeath fans who know what they like and like what they know, making up for what it lacks in innovation with consistent vivacity. If that was what the project's mastermind intended to be, then he has succeeded.