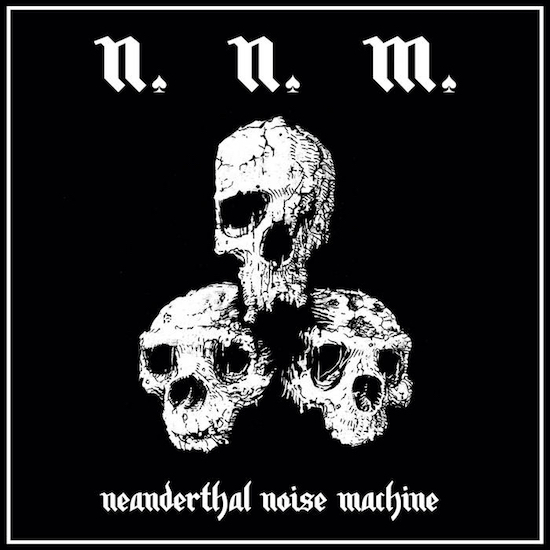 Sleazy, raunchy, dirty, Motorhead inspired rock and roll. You like women?, you like doing foul things with them, got any particular fetishes?, then here be the theme music to your next piece of street meat. Neanderthal Noise Machine got you covered (in filth that is), on their self-titled debut album. Unapologetic, tit squeezing and profusely upsetting, NNM is rock and roll degeneracy at its highest.

Raw and rugged they plunge in with the opening track 'Caligüla', and if you've ever seen the movie declared as one of the most disgusting by critics, then you know what to expect from this carnal provocation. Dirt, absolute dirt; no fucks given, wild and wicked, no love, no pain no game. They also got the music to back up the lawlessness; after all, it’s a lot of Motorhead love being shown so, they better have the riffs, and that they do. Classless yet catchy, NNM reek havoc from the time they enter the hotel room. Good old mid paced rock n' roll that does not shy away from some stringed showmanship as the pace is cranked up suddenly into speed metal territory for the guitarist to lay down some flaming solos.

What you see is what you get, its been said countless times and 'Snorting Shit On Your Tits' is testament to the saying. I mean what did you think you would have gotten with an album track of that title?; surely no profound introspective lyrics or complex theories; the filth meter is broken at this point, ain't no coming back from where NNM to take you. You get 'Rolling Through The Night' as prerequisite/entry level material with a bit taken off the top, but still retains the core aspect of their nuanced rock/metal mayhem. Residing in the mid paced side of the genre and is more accessible than the prior tracks, yet be warned, that dirty old man scent is all over this one.

Speaking of ''dirty'', 'Dirty Jailbait Asshöle', great!, we've found potential theme music for Asian Street Meat. Blazing speed metal matched up with machismo, lewd sex and a middle finger to the guy on the cross, put those together and you've got a sewer smitten love letter to Gonzo Productions. Again, the licks are catchy, the drumming is spot on in both impact and structure and the vocalist's accent in the main chorus is hilarious, especially when he says "Asshöle". You're getting quite a full package here; humor, sleaze and debauchery all at your convenience.

'Red-light Streets', here's a jam for the hookers, and as for 'Wild, Dirty and No Remörse', consider it a summation of Neanderthal Noise Machine. Beaten up guitar riffs, drumming and lyrics from a vulgar, beer-scented orifice and a front-man that sounds as though he's acting it all out whilst documenting the scenery. Sigmund Freud would be proud.

Musically impressive, thematically immoral and the production captures it all in blinding clarity, like your favorite adult flick remastered in 1440p.