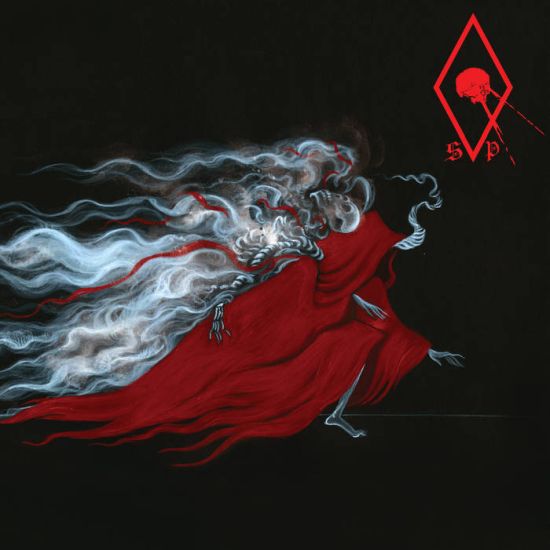 Spirit Possession strikes with their first full-length self-titled album and what an album ladies and gentleman. SP summons the primordial forces of nature and all evil within the universe, there is no place for melodic passages or overproduced metal; just rawness and obscurity.

Throwback and retro bands are all over the place right now in the underground extreme metal scene, almost becoming a trendy movement. However, Spirit Possession seems to be a time-capsule band, keeping a fossilized sound loyal to those pioneering acts from the early years of metal. A frozen in time record that makes you feel in the '80s where sub-genres were still to be defined and the music was played with true aggression and intention. In a way, you feel like in a ritualistic summoning of elder entities that are coming for your soul to make it burn in hell eternally.

Certain elements in music make it memorable and you tend to come back again and again to specific albums due to the catchiness of their sound. Spirit Possession tends to create catchy, memorable yet chaotic passages that haunt your subconscious mind and your soul even after you finish listening to them. The aura created here is hellish as in the vein of many black metal acts but it feels more authentic and addictive. You can’t tell if they are drawing influences from Norway, Finland, or Sweden, but you can identify the good stuff as soon as the record starts. What makes the record interesting are the heavy thrashy elements infused into the guitar riffing, the band does not fall into dull contemplative black metal. Instead, the music is imprinted with violent yet simple riffs that transport you into an alternate reality where Celtic Frost (the singer in SP even tributes the powerful Ughs that Thomas G Warrior used to do), Bathory, and Hell Hammer are still doing great music. Less is more in SP awesome debut; the filthy and dirty production helps a bunch to transmit the infernal feeling track after track. Something I can criticize is that the simplicity of the album makes it just a little bit repetitive and predictable but is just my opinion and that fact does not ruin the experience at all.

All in all, Spirit Possession is a relatively new and emerging band that has an interesting proposal into extreme underground music. If they continue loyal to this raw, violent, and primordial sound, tasty new releases will come up in the future. Their musical structure is simple but effective, it shines due to their catchy trashy influences and organic production. I don't think there are favorite tracks here, I would take the record as a whole as outstanding; less is more and SP is the proof of that statement.

US black metal is an interesting scene to talk about, as it is one of the most musically varied and diverse when compared to all other regional scenes, mainly because its many bands often take inspiration from other black metal bands and artists from other genres. The problem however is the lack of uniformity, most metalheads can pinpoint how a Finnish or a Norwegian bands sound, US black metal bands are all over the place in terms of sound, but sometimes that works for the better, and a little duo out of Portland, Oregon called Spirit Possession are here to prove that exact advantage.

Spirit Possession themselves are a fairly recent band, and this outstanding self-titled debut LP follows the band's demo. What's truly impressive about SP is the technical skill and how complex their playing is. The band's music could be cataloged under the "avant-garde black metal" label but that would undersell how good the music is, since the more outlandish and dissonant elements that are indeed present in the music are just one aspect. In terms of being "black metal" the band checks all the boxes, screeching and echoing vocals, blast beats, distorted guitars and bass and backed up by a filthy and grim production that maintains the raw authenticity of the performances, however, those who are genre savvy will notice a very apparent thrash metal influence, particularly in the guitar playing of member Steve Peacock, who also handles bass and vocals. The riffs and melodies are much more similar to thrash than black metal, in a seemingly deliberate throwback to the 80's bands that heavily contributed to the creation of the subgenre. Spirit Possession uses black metal as a foundation, with elements of thrash and "avant-garde" mixed in to create a sound that's chaotic but oddly psychedelic and the band masterfully displays all of this. Songs burst out from the very beginning or feature several dissonant synths and noisy electronic, courtesy of drummer Ashley Spungin, furthermore, the songs are able to keep the initial momentum and have sections where the aforementioned psychedelic chaos is in full display, as heard on songs like the 'Amongst Inverted Castles and Holy Laughter' and 'Deity of Knives and Pointed Apparitions'.

However, while the band succeeds in spades in creating such a chaotic and complex brand of black metal that makes them stand out, the one nitpick I have to point out is that the album ends too quickly for my personal taste. Additionally the short length can make some songs sound same in spite of how eccentric the music is and how skilled the SP duo are. But again, that is just a personal nitpick as the band more than prove their worth for all the reasons I've already mentioned.

Overall Spirit Possession are not just a welcomed addition to the ever growing and ever diverse crop of US black metal, but have the potential to be one of its greatest and most unique acts.