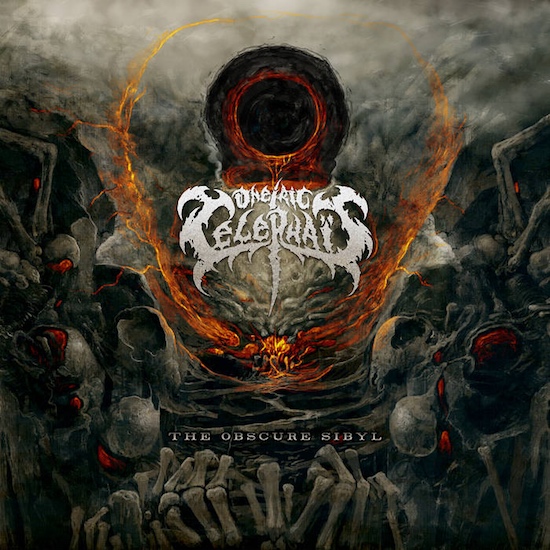 Picking out the meaningful bunch from the subgenre of technical death metal could be tedious especially if the pool of groups are all damn good musical technicians. However, there are some that have a bit of an edge helping them in addition to their music's structural labyrinth. Oneiric Celephaïs is one of those bands, their debut EP The Obscure Sibyl has landed them a deal with Gore House Productions and it’s easy to hear why. That "edge" the band has is their ability to merge serendipitous melodic passages with their complex instrumental wizardry. They clearly don't appear to be the kind of tech death band that would spend 45 minutes composing mindless wankery that usually passes for technical death metal; instead they understand they have an obligation to created memorable songs. As many have stated before it’s easy to write technical metal but difficult to compose material that is both technical and more so, catchy.

The Obscure Sibyl is proof of what bliss could be accomplished when merging complex instrumental patterns with intoxicating progressive rhythm sections. 'The Aeon of Death' establishes melodic milieu from the onset with sensible chord progressions, and heavily atmospheric riffing to accompany the serpentine flare that'd sweep you off your feet. Not forgetting to mention, the vocals appear with an organic gruff that keeps the listener posted; if anything, this makes the music more believable. The drumming arrives punctually through a technical showcase that is seamlessly interwoven with the tight complex riffing. 'From Beyond' takes us through an interstellar drift with an array of flawless changes and moderations in time signatures and rhythms. This track does what 'The Aeon of Death' did, but to much greater effect, thus elevating the melodicism and fused intricacies all the while picking at your mind as it compels you to partake and attempt to predict what will happen next.

Having quickly established that they can write structurally sound music, Oneiric Celephaïs then proceed to blow us away with their best song off the album, 'Vǫluspá', a 12 minute piece of unrivaled poetic soundscapes magnifying the profound totality of Oneiric Celephaïs' musical capacity. From orchestral singing, to acoustic intermezzos, to beautiful and lush passages of fluent melodicism, to near perfect clockwork instrumental wizardry and timing, this track is compositionally monolithic, ceaseless in its ability to hypnotize and direct the listener and sounds like the main reason behind being picked up by Gore House Productions.

Demonstrating the ability to forego the common standards of technical death metal is not easy, especially when it's lauded and rewarded by many. However, Oneiric Celephaïs clarify that they intend to make music that is above and beyond the accepted norm and The Obscure Sibyl is the proof this talented quartet stands by.