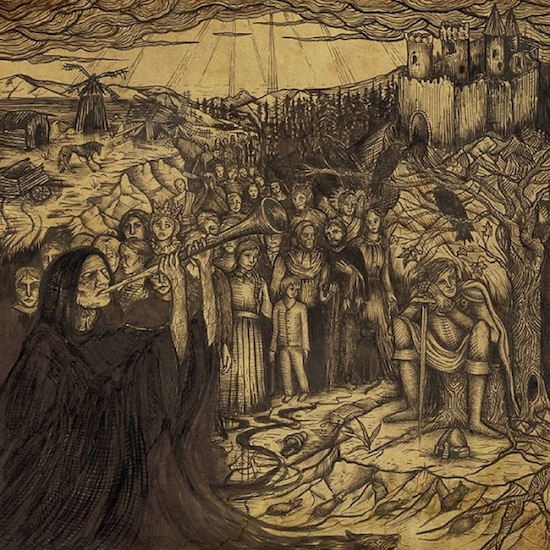 I beg your pardon. I know it is predictable and almost ridiculous. Moreover, it gets nearly boring, but I can’t change it: Ordinance hail, of course, from Finland. And they sound Finnish. So, everything is said and done, I guess. Yet it would not be fair to fob off the new album of the band with these few words. You say that black metal and fairness have nothing in common? Well roared! But this means that it’s unfair to justify a review for a release of this genre with fairness and so I connect unfairness and black metal in a way that allows me to start the review.

Within the flood of Suomi’s black artworks, In Purge there Is No Remission is among the better ones – and this means a lot in view of the strong and merciless national competition. This is not to say that the album does not suffer from a few weak moments. The rattling end of 'Gathering Weights' leaves much room for improvement and the same applies for the chaotic beginning of 'Credo Sceleratum'. But the whipping, rapid opener or its direct neighbour 'Diabolopathia' show impressively how black metal from the thousand lakes works. Mostly strict, sometimes gloomy, always dark and evil, this is the success formula of Ordinance. Naturally, this does not form a unique selling point, but doubtlessly an interesting feature. And the aforementioned 'Credo Sceleratum' with its ground-levelling leads and the high-pitched screams of the vocalist turns out to be a strong piece of devilish genre as well. So generally speaking, the dudes demonstrate their skills cleverly. Hard to imagine that many genre fans will be disappointed when listening to this album.

Honestly, there are not many characteristics that distinguish Ordinance from the myriads of its competitors. Maybe one can say that the lead singer conveys a somewhat different aura than many other black metal vocalists. He does not sound hysterical or completely possessed by Satan himself. Nevertheless, his commanding deep voice leaves no doubt that he is the boss in the ring and everybody who is against him has to face fatal consequences. His performance is embedded in a dense and very convincing production. Especially during the fast sections, the material reaches a proper degree of intensity. This means on the other hand that the sixth track with its soft and expressionless beginning marks the only real stinker on In Purge there Is No Remission.

The monumental 'Purging Kremanation' with a length of more than eleven minutes marks the final highlight. Almost too late, its ending reveals Burzum-esque tones, but that’s not all. It also proves evidence that Ordinance neither fall victim to an overdose of complexity nor to boredom. Finnish black metal, that’s for sure, has still a lot to say, although its bands are no masters of variation.