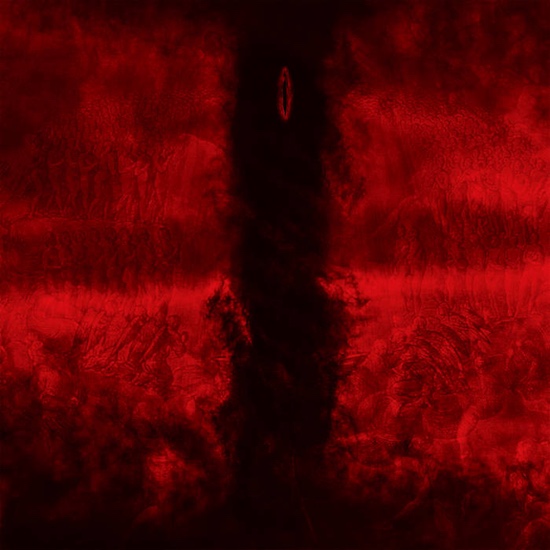 ::   ::  Bandcamp
Type: Full-Length
Release Date: September 15th, 2020
Label: Goathorned Productions
Genre: Black
1 Towards The Sitra Achra
2 Advent Of The Prophet
3 Faithfully Reduced To Ashes
4 The Call Of Aeshma
5 Elevated To Him
6 Affliction Of The Divine
7 The Table Of Revelations
8 A.R.F.A.

Shrouded in seclusion and obscurity, the collective that is Novae Militiae, has been an ever-growing force that relied on letting their music do all the talking rather than their image. According to what I was presented-with and able to dig-up, the band members identities have yet to be revealed since formation, which makes Novae Militiae and moreso, Topheth, somewhat of an exotic find. Matching their mysterious aura, is the methodology behind Novae Militiae's art, which sees them strike up an affair with ambient pieces that match the cosmetics of their latest effort, all the while standing firm their ground in allegiance with the violence a black metal album is supposed to evoke.

Topheth serves as the sophomore album from this French black metal sect that steers visions of child sacrifice to Canaanite deities, Moloch and Baal. The place of such offerings was known as Topheth, located in Jerusalem. This is what caught my attention, the concept behind the music to be heard. Many black metal records go the route of giving some rendition of biblical or ancient times but only few ever manage to convincingly scribe a musical portrayal of what they aim to cover. Novae Militiae on the other hand, play as though they were attendees at the event. Thus, they are able to convey sonorous music and an atmosphere that are both accurate in depicting the scenery.

Setup as a 6-piece installment, with 2 rerecorded old tracks for a total of 8, Topheth moves about at a militant pacing with the occasional drop in speed to create a ritualistic feeling. This is done on the opening track, 'Towards the Sitra Achra', that sees the band build into a momentum of mustered violence that'd slowly begin to seep out as the tempo is gradually lifted from an ambient introduction to a riff driven, chant eclipsed, mid-paced black metal throbbing to a thing of astoundingly dark 2nd wave black metal thanks to incendiary vocals and razor-like tremolo riffing.

A shadow of fear is cast with denser effect, flames heighten in hunger and aggression is elevated; 'Advent of the Prophet' mounts the black metal stage and flaunts a frightening blaze of heart pounding blast beats and mewing yells while guitars scorch the landscape with steaming after effect. Following such an incinerating display of all-round aggression, 'Faithfully Reduced to Ashes' provides the requiem to your cauterized soul. Novae Militiae then takes an ambient break before restarting the ritual. There really is no protection from the merciless onslaught suddenly launched with 'Elevated to Him' that mimics the ferocity whilst sporting tremolo licks and a trance-like 2nd second wave black metal rapture. Yet even amongst the slowest of parts the molten adversity could still be felt during the climax to towards the song's conclusion.

Its relatively hard to ignore the textbook ferocity displayed in Topheth, that runs all the way through to the ideally titled 'Affliction of the Divine'. The vocal weight is just raw and obliterating, the drumming moves like a machine gun with some sections being slower to reload and the riffing is just a massive heatwave to the third degree. There aren't many variations on Topheth, I don't think it needed much to be honest, given the music seemed to present itself as an ever-blazing, heat-magnifying idol's seventh chamber. The album will sit well with those of patience, given the ritualistic approach it takes through the linear yet effective music and tonality.

And with Topheth, Novae Militiae speak louder without the aid of visual representations of themselves. Their music channels the visions you get, and onwards they march to exaltation.