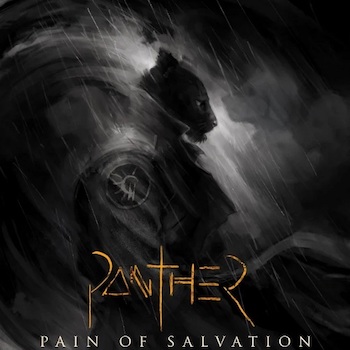 Yes Daniel, as a matter of fact, we do live in a society.

Daniel Gildenlöw went through one of those life experiences that really change a person. Back in 2014 he had to face a very serious infection of a flesh-eating bacteria and that was almost the end of the line for him. Luckily, he survived and, three years later, Pain Of Salvation brought to the world the incredible In The Passing Light Of Day album, where Daniel chronicles his near-death experience in a raw and brutal honesty, navigating through the plethora of styles and ideas the band explored over the years. After listening to that release over a hundred times I caught myself thinking about what would come next, what the next step would be, what alley would Daniel and his band peers explore in a future album. I even thought that maybe the whole thing had been so intense and scarring to him that maybe he would still follow that path and keep coming back to the subject. I would not criticize him for doing that.

But how wrong I was!

Another three years passed, and Panther began to roam the wilderness of the men’s world, in all’s its ferocity. Right away when the marketing for the album was starting to be released, we could understand that this time we would embark in quite a different journey than last time. The artwork and the track-list suggested something feral and visceral, a clash of instinct and modern world culture, commentary on social maladjustment, the roles which are imposed to us to wear, even if they are fake and cruel. ‘Accelerator’, the first single, came out and proved all of this without mincing any words, heavy, twisted, sizzling, with plain and obvious lyrics that Daniel delivers avoiding any form of flourishing, bare and cynical and bleak.

Later on, with ‘Restless Boy’ and ‘Panther’ the stylistic project gets doubled down and the sonic aspect of the album got clearer: a new iteration of the roots of the band, dense, claustrophobic, somewhat clunky, unapologetic, hermetic progressive metal, that ventures itself into the world with the mission to not be easy in any aspect whatsoever. But please see of course, it is not the exact same thing as Entropia (1997) or One Hour By The Concrete Lake (1998), but the core soul of Panther comes straight from there with its weird tempos, maze-like structures, all sorts of arrangements that sound bizarre to the ear in the first couple of listening. But that also grow on you and make you understand the beauty and grandeur of what is being offered.

If the previous album felt as an homage to the band trajectory, this one is much more about looking forward and building the next chapter over this foundation of the early years. As I said: it is not the same thing, but the same essence, and, at least to me, there is no direct parallel to something else the band had done in the past.

Thematically speaking, social commentary is nothing new to Gildenlöw and his antics with Pain Of Salvation. And this time around he chose to talk about the people who don’t fit in society (like himself and his ADHD diagnosed only when he was already and adult and his third child who was born with Down Syndrome and autism), the people who don’t meet the expectations, the people who have to smaller themselves to try to be a part of this world and somehow end up feeling like caged animals.

The title of this review refers to that old meme of the Joker that got new life with the Joaquin Phoenix movie, because sometimes in his lyrics Daniels almost go down that line to talk about society, in a manner that tries to go deep but actually sounds silly. Total opposite of what he did in the The Passing Light Of Day, which is full of intense lyrical poetry. And although I really liked this album, this is a problem I have with it, the bluntness of the themes and the borderline silliness of some passages. In moments he nailed it, others not so much, and that cause some unbalance to the overall experience of the auditioning.

But, all things considered, the message he tries to pass with this bundle of songs is powerful enough to overcome any bumps along the way. Daniel does things in his own way, for the hits and the misses, and you gotta respect his commitment with what he believes in. He is one of a kind.

Panther is a great album on itself, faithful to the band’s legacy as it at the same time goes out to navigate and discover new creative lands, but ultimately feels as a slight step back compared to emotionally immense predecessor. Smaller, tighter and denser, in a way that maybe – just maybe – could have come in a couple of new releases in the future, resulting for a more natural progression. But again: Daniel does as Daniels want, and if he felt this was the right way to go, then be it. He will never be easy for us, and I am thankful for that.

Now, once again, here I am wondering what will come next. Who knows? The only thing I indeed know is that I want to stick around to find out.