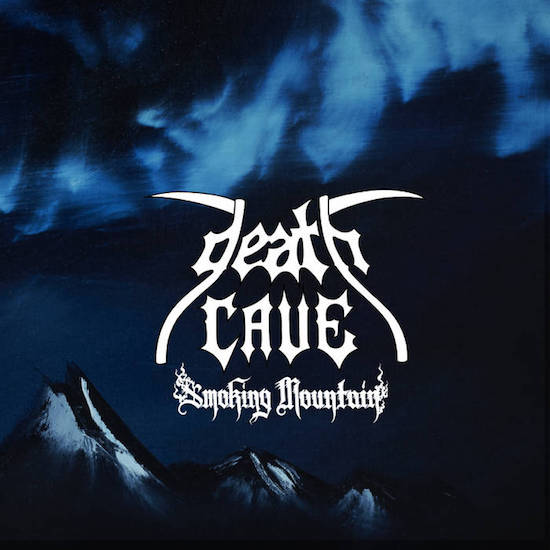 In October of 1792, the crew of the H.M.S. Discovery was surveying the west coast of North America and spotted a cone-shaped mountain. However, the true nature of Mount St. Helens was discovered by scientists in 1835, when a minor eruption revealed its volcanic origin. To the local Klickitat people, the mountain was already known as Loo-Wit Lat-kla – "Keeper of the Fire" or "The Fire- or Smoking-Mountain" or "One from Whom Smoke Comes". According to their legends, the mountain was once the beautiful princess Loo-Wit, who was fought over by two great warriors in a battle of fire and smoke. To end what threatened to be an eternal battle, all three were transformed into mountains.

Without any doubt, a fascinating legend and a consuming fusion of thrash, psychedelic, stoner, and doom elements with lyrics based on this mythological tales established, why Seattle based doom/sludge trio DeathCave, envisioned to bring forth the tale of Smoking Mountain as their debut offering after releasing their self-titled debut in 2019. Now released in association with, Satanik Royalty Records, to tell the tale of smoking mountain, DeathCave also invited some interesting people for guest appearances. There's additional vocals by Andrea Vidal (Holy Grove), Dave Verellen (Botch, Narrows), and Neil McAdams (Black Breath) and they also have a track dedicated to late Black Breath bassist Elijah Nelson.

This thundering five-track offer lengthening less than 15 minutes, will give you the initial shock – to consider this as full length or something in-between!! It si all unveiled with the opening psalm 'Death Cave' made to explore our own personal "inner caves", and set the mood for the upcoming journey to follow. Moving onwards with 'Last Breath', 'The Road', and 'Poison Wizard' - the essence of doom and atmosphere full of mystery will make you visualize the smoking mountains and make you wonder, what may have happened on that ancient time, if the legends were true! Also, need to mention specially about, 'The Road' - a nearly seven-minute epic that mixed punk-infused sludge and trippy psychedelia to produce an absorbing impact, which is perfectly expressed by Michael Freiburger (Bass, Vocals). It takes the listener into a dark domain, darkest internal place that holds all our fears, self-doubts, failures, sorrows and from where suffering and misery overcomes them and can't get out, which is certainly expressed expertly here as an allegory of the legend of smoking mountain.

Recorded at The Unknown in Anacortes, WA, USA and with the perfectly visualized cover artwork by Ben Verellen, DeathCave debut offering certainly beholds all the invitation to explore deeply and to praise their maiden contribution to the multiverse of doom.