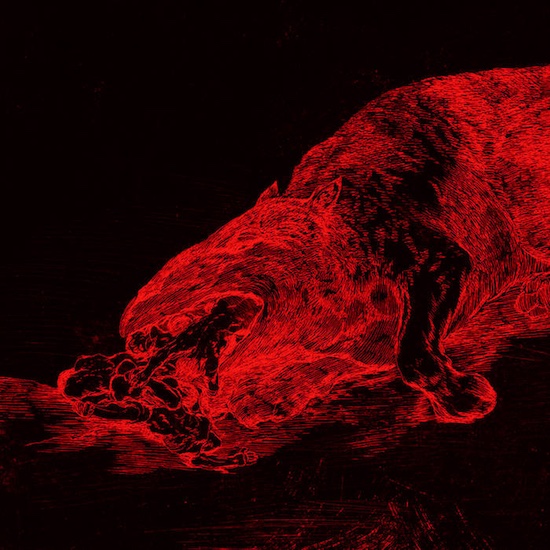 Every time I listen to Þar Sem Skepnur Reika by Hræ, I get a different impression. It’s like walking into the same room every time only to see things arranged a different way. This is a strange black metal album in terms of its musicianship and the way its presented. Each instrument is tuned and played in such a way that you'd believe they possess their own minds; though simultaneously functioning cooperatively.

Þar Sem Skepnur Reika could loosely be identified as a mixture of first and second wave black metal for a simplified description. I'd hate to give you a more complex, observant interpretation to avoid writing a fucking novel.

The instrumentation somewhat disrupts conventionalism in black metal through the guitar volume being a very dominant parent to the rest of the music. The dual battle of riffs appear independent and incompatible with each other, yet still manages to entertain the idea of functionality when (at times) twin harmonic sections are introduced such as on 'Hryllingurinn'. This faceoff of sorts helps in mobilizing the music, which utilizes a formula that is optimized and challenged in minuscule ways though definitive enough to point out.

Þar Sem Skepnur Reika goes beyond the instrumental analysis one could provide, as often times than not, it seems as a transcendental recording. You feel as though meticulous, mental self-inflicted incisions are being made with songs the likes of 'Drep' or even the more conventionally composed finale, 'Paradìs'. The music here engages your cognitive muscles by encouraging you to scrutinize and solve the puzzle it presents. Not the easiest of tasks judging from the artwork. Hræ invites you to crouch under their semi-technical, slithering sonicism, to at least partake in the vision shared on Þar Sem Skepnur Reika.

I did think there were a few moments in which the music appeared to be operating on saline as though creativity had stagnated, but they were very brief and did not prove to be detrimental by any measure. The vocals appear as dark and guttural utterances, rather than barked-out shrieks or growls which I admire provided they complement the music instead of being a driving force. The guitars fluctuate amidst high and mid ranged frequencies, whilst the bass flutters in congruence with the mindful, though imposing drumming.

Like showing up to a crime scene, where multiple scenarios would make sense, but the truth of the event is presented as the least plausible if proposed; Þar Sem Skepnur Reika compels the listener to monitor and develop an analysis of what transpired during the time spent with the material. At its surface, only the very elementary is revealed; however, if you dare investigate beyond the veil, you'd find a world constantly changing while presenting new mysteries within its cold, emotionless assertions.