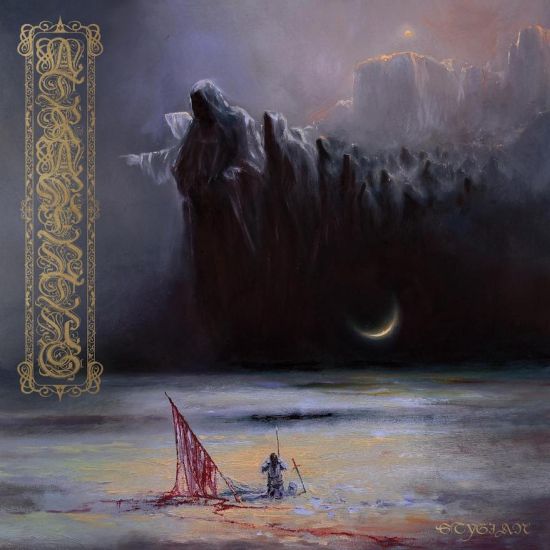 Comprised of members most notably within Funebrarum and Chthe'ilist, Atramentus emerges with its debut recording titled, Stygian. This record only has 3 songs, and which appear to tell a tale of some figure left to wander eternally. Their run times are very lengthy and may invoke somnambulism (the good kind) while the music itself possesses the key features and tested penchants of long-standing albums within funeral doom. The dedication behind this debut undertaking is evident and tells of the musical experience that went into molding such a phenomenal piece of material.

Stygian is bloated with the influences of prestigious bands home to the genre; Thergothon, Disembowelment and Evoken to name a few. Depressive tones, moments of sheer despair and dread are merged with a frequency of an ominous overcast. The 16-minute opener 'Stygian I: From Tumultuous Heavens… (Descended Forth the Ceaseless Darkness)' is such a great track that really sounds as though ones thoughts are being funneled through an echoing chamber. It has an overarching bleakness that immediately portrays the setting and is completed by perhaps one of the most haunting segments on Stygian being the slow, abandoned, solitary thump of the snare that fades away. It evokes feelings of both urgency and introspect, much of which translates the artwork seemingly Bell Witch inspired and is transferred to the secluded ambient skit being 'Stygian II: In Ageless Slumber (As I Dream in the Doleful Embrace off the Howling Black Winds)'.