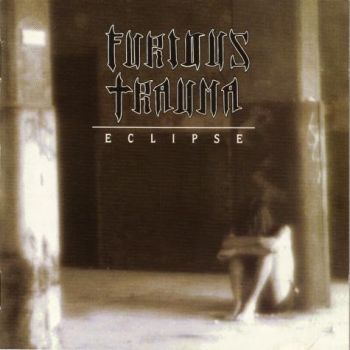 I got to know this lot through MTV's Headbangers Ball in the mid 90's. I used to record the last half hour of the program because that was the part dedicated to the more aggressive bands, a segment called "Into the Pit". It was there that the official clip for 'Chaos Within' passed by and it blew me away. They were around since the 80's (they have some links to Artillery apparently) but until then I had never heard of them. To me they sounded like Pro-Pain high as a kite on old school thrash and I knew I had to have their album. Looking back on it from the present day I have to conclude that it has aged pretty well actually. Sure, it may sound somewhat dated by today's standards but the majority of it still holds it's ground.

The album kicks off with a peculiar thrasher in the form of 'Hustler', with it's strange rhythm making for an atypical opener. Once accustomed to it it's an OK track but for me the album really starts when the second song, the Slayer-ish headbanger 'Smalltalker M.F.', comes swinging out of the gates. Fast and belligerent, it checks all the boxes you want to see checked as a thrash fanatic: fast polka beats, barked vocals and frantic riffing in the style of old school Metallica, Artillery and Slayer. For me, the following track, the aforementioned 'Chaos Within', is the best song on the whole album. It's fast pace, battering machine gun drumming and the pulverizing middle section still gives me goosebumps 25 years on. From here on the album continues to bang out the old school thrash-isms, albeit seen through a 90's lens. The band managed to combine their old school style with some more contemporary (back then at least) influences, like the middle parts in tracks like 'Silent Forever' and , yet again, 'Chaos Within', the use of samples and the gruff hardcore-ish vocal delivery. There is quite some variation on this album: fast thrashing is alternated with slower, heavier material like 'Swallow My Conscience' and 'Subject to Surgery'. In the form of 'My Dying Time' there's even a ballad that wouldn't have sounded out of place on Metallica's "Master of Puppets". Now I don't like ballads in general but even I can hear that this is a pretty good effort on their part.

While the material on this album is excellent for the most part, the production leaves some to be desired, though. Even back in those days I felt that the guitars sounded a bit flat, lacking that extra punch to really make it blow up, and also that seemingly ever present scourge of 90's sound engineering, triggered bass drums, is a factor of some annoyance here.

After this album Furious Trauma pulled the death 'n' roll card apparently. I never heard their following Roll the Dice album, but judging from what the magazines had to say about it back then I think I'll skip it altogether. I'd rather remember them for their Eclipse album: a great 90's metal album with it's roots planted firmly in the golden age of thrash with an ear for what was happening at the time.