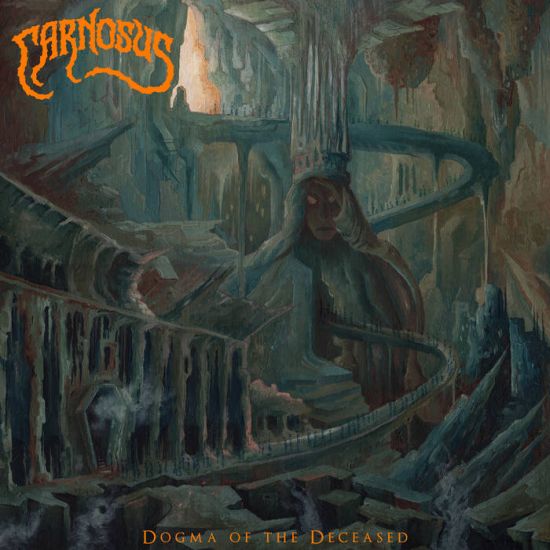 I've had this album on my "to-do list" for a while or more like ringing somewhere in my head reminding me that it needs a proper listening and writing few words about it. So finally I've managed to do it, put it on repeat for the last few days to catch all stuff that's been recorded or at least the most important or outstanding elements.

So, first of all - it's a melodic death/thrash production. And it's the band's first full-length. If I would have to compare it to anything, it would be a mixture of Dawn of Disease (around "Ascension Gate"), a bit of Omophagia and some of the better stuff from No Return. There are some elements that remind me of Archspire and Allegaeon, especially the more "catchy" stuff. But there's definitely a lot more to it. The album has all elements you would expect from good death/thrash album - the drumwork is very solid, we've got blast beats, double bass drum is very active and Jacob generally presents very good variety of death/thrash rhythms with notably impressive work on cymbals. The rhythm section is completed by very good bass work, if I saw it correctly, played on 7-string bass. Really impressive, you can constantly hear some very interesting melody lines played on it (although you need either headphones or play it very loud as I think it's a bit too quiet), making each track more rich and keeping you glued to your speakers. I would probably recommend trying out 'Totalityranny' to hear the most impressive bass work in last few years, but believe me, each track has a lot going on in that section.

The vocals are quite varied, you get deep growls, you get shrieks, you get pig-squeaks, whichever you can imagine as necessary for a good death metal band and the variety of vocal techniques also make this album very interesting. Guitarwork is very impressive with riffs also providing quite a lot of enjoyment for your ears. We've got one-string old school death metal melody lines, we've got 2-string riffs, chords and everything in between. But most of all, and you probably know by now that it's my favourite part, it's got so many good solos. I can't really pick my favourite one, they're all so good that the only thing I have to say is - listen to them all and admire.

To sum it up - a very impressive debut album recorded by quite young musicians and in my opinion a band to keep an eye on. Hopefully the next release will get slightly better production for the rhythm section - I would definitely put the bass more in front and drums sound a bit "plastic". But the cool thing is that after you're done with listening to the studio version, you can check out the band performing the whole album live here.