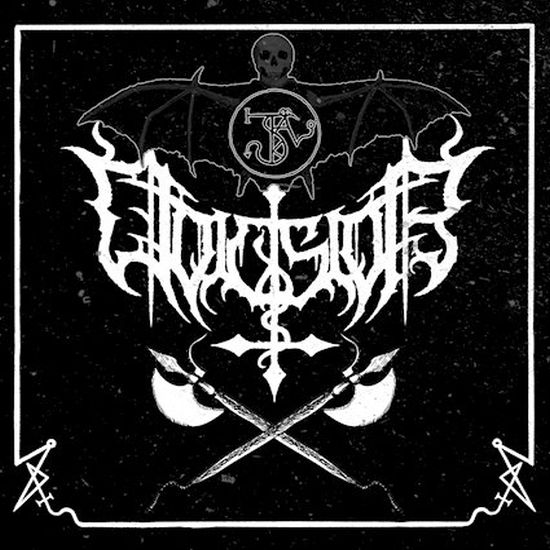 Three “y” in the title do not lie: here comes another band from this country with 5,5 million inhabitans (and of these more than 99% black metal musicians). Odiosior, another one-man-project, presents the first full-length. A widely known metal encyclopaedia characterises the style of the band as “experimental black metal” and the promo mail labels the music as “cosmic black”. Now one might think of Limbonic Art or even Nocturnus, but it seems as if some jesters are at work. In my humble opinion, the dude under the flag of Odiosior walks the well-trodden yet still exciting paths of classic Finnish blackness.

Okay, the title track surprises with a short melancholic part with clean vocals and the inadequate background vocals at the end of 'Kaipaus' are fairly confusing, but usually dark heaviness is reigning and the mostly nagging voice is anything else but extraordinary. The same applies for the production. The guitar tone is more or less aligned with that of many other outputs from the thousand lakes. Yet also it is more than well known, it still has the power to create this pretty fascinating aura. Odiosior give the listener the chance to get lost in their black galaxy and who am I to turn down this invitation?

The seven songs house many cold, dark and deep sections and they are the best parts of the album, because whenever the music gets a more melodic touch, the lone wolf walks over pretty thin ice. Inter alia the sixth track is a good example here, because it shines with typical, almost hypnotizing leads, but it also suffers from a short more or less melodic guitar solo that sets in after two minutes. But apart from this detail, it’s doubtlessly a good song. Better still, the entire material reveals a profound black metal understanding of the artist. Nevertheless, the songs could be more compact, more focussed and more brutal. I doubt that Odiosior’s debut has the potential to leave the band’s competitors behind. Not because the music sucks, but the bar is set very high in this genre. Therefore little defects have a comparatively high effect. For example, some songs are well, but not perfectly constructed and a few number of breaks rather hurt the flow of the pieces instead of making them more interesting.

Rumbling and roaring guitars and high-speed drums form the best parts of the opener which represents the album very well. Odiosior are able to write sonic monuments and the integration of relatively gloomy keyboard sounds is well done. But generally speaking, true Finnish satanists like Behexen or Aegrus remain out of reach. In view of this situation, Syvyyksistä is interesting release for people who need the entire Finnish portfolio of black metal, but for any other maniac it is no must-have album, even so the comparatively airy yet fantastic 'Takaisin Kaaokseen' and the slightly Burzum-inspired 'Laulu Pimeydessä' prove evidence that this project does definitely not lack talent.