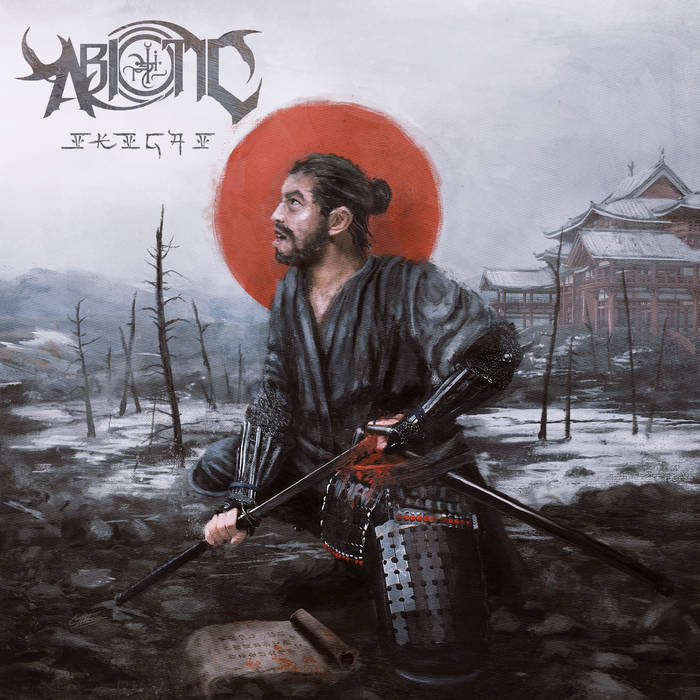 Anything with the term ‘deathcore’ in it tends to get a bit of a shiver for any metalhead that spent enough time on the internet in 2008, but since it’s no longer trendy it seems to have carved its own niche in the metal fabric. Groups like Fallujah and Warforged use more progressive and involved elements to drive the music, and I can acknowledge even bands that rely more on their breakdowns such as Aversion’s Crown and Lorna Shore have something going on. I saw Thy Art is Murder live and while I wasn’t blown away, I was surprised by how much I did enjoy the performance. Take out the chuggy parts and it’s basically modern death metal, with a bit more of a yell going on in the vocals. Throw a guitar nerd who knows how to sweep pick in the band and it’s hardly that much different than a lot of modern tech-death.

Even prior to their split and subsequent reformation, Abiotic were always the type of deathcore that demonstrated enough guitar acrobatics and sudden timing twists to get the seal of approval from tech-heads, but their potential on their first album, Symbiosis, was crushed by some god awful songwriting choices and an obnoxious production job. The follow-up, Casuistry, ironed out some of the kinks and amped up the guitar acrobatics. It's a solid album on its own, but I think they had dug themselves into too deep of a hole with their debut so it was hard to drum up support. So, they laid low for a few years and appear to be undergoing a subsequent rebirth through The Artisan Era, who outside of Archspire appear to have the monopoly on all things fast and wanky these days. It’s pretty shrewd when you think about it, an apparent move to re-align themselves with the fanbase they always wanted to begin with.

The shift in Abiotic’s mission statement can be felt in the music as well, especially in the album being tied around a sort of Japanese existentialism and the apparent use of Eastern style instrumentation (that’s what the promo blurb said, anyway). The band wants you to feel their growth and maturity, with a more interlude-heavy style in their songwriting and intricate uses of modern deathcore chugging, using odd timings and placements to give typical riffs a bit more character. There’s a bit more leaning on the Psycroptic/Equipoise styled melodic riffs and a little less emphasis on the -core element, though it’s never completely absent from Abiotic’s sound as they have this trademark start-stop thing they always do to transition in and out of their riffs that realistically is probably where a majority of the ‘deathcore’ tag has come from historically. Nonetheless, the steps made by Abiotic to distance themselves from some of the more immature characteristics of their earlier sound are noticeable.

It’s an admirable leap to make, but in trying to clear the hurdle into the ‘intelligent metal’ pantheon or whatever you want to call it, Abiotic found very few identifying characteristics to call their own. Apart from the stuttering transitions I mentioned earlier, there’s little to this album that you can’t find in a tastier format in the wealth of bands in the Artisan Era’s roster alone. The faster, more technical parts make you want to listen to the bands that the riffs imitate instead, and the big, heavy drops aren’t especially menacing by the genre’s standards because the album has a warmer sound with space between the instruments in the production (although this is generally a net positive and makes the album more listenable as a whole, the 'everything at the front' production style of Symbiosis was one of the main reasons it didn't work). The most irritating part about this, though, is that the band literally had a concept and an angle that would help them stand out - the Eastern theme - and they did absolutely nothing with it. Apart from a somewhat intriguing intro track that makes you curious as to how the band is going to integrate that kind of melodic approach into progressive deathcore, I can’t hear any kind of distinct ‘Eastern’ influence on the music. They may be using different scales than they composed with before, I don’t really know for sure, but either way it sure does sound awfully similar to whatever they were doing before. I suppose there are some moments where the atmosphere carries the music briefly and those moments could be described as vaguely ‘eastern’, but they’re not captivating and are haphazardly stitched in, leaving as abruptly as they arrive. Basically, the only moments that are reminiscent of the album’s theme don’t fit with the rest of the music around them.

The most frustrating albums for me aren’t necessarily the ones that suck right out of the gate and never stop sucking. You don’t expect anything from an album like that. An album like Ikigai, though, one that frequently has potential and moments that begin to hook me, only to suddenly shift into an ill-fitting climactic release or a sudden breakdown before I can really solidify what I heard in my memory...that’s especially frustrating. I want to like Abiotic, they clearly know their way around their instruments and have the potential to create something distinct and memorable, but they end up relying on familiar tricks used by more seasoned bands and can’t seem to write a song that feels complete. This album has played all the way through about two and a half times while I’ve been writing this review and I still can’t tell you where songs begin and end. One might argue that’s a sign they executed the concept album well, and that may be true, but since there are seldom any standout moments it feels like one super-long, boring song instead of an uneven album with strong tracks and filler. At least then I could pick a few tracks to demonstrate the band’s strengths, but the good is merged with the bad in Abiotic to the point where it’s impossible to evaluate the two separately.

I don’t dislike this while it’s on - their production choices have made the deathcore elements tolerable, and you can sense a bit more effort in the musicianship - however, the band promised too much with a jazzy, Eastern-styled sound and failed to exorcise the songwriting demons that plagued them in their earlier years, just missing the target that they set for themselves. Whether you’re a big fan of The Faceless-styled prog deathcore or the Artisan Era’s modern breed of tech death, I imagine you’ll hear better albums this year.