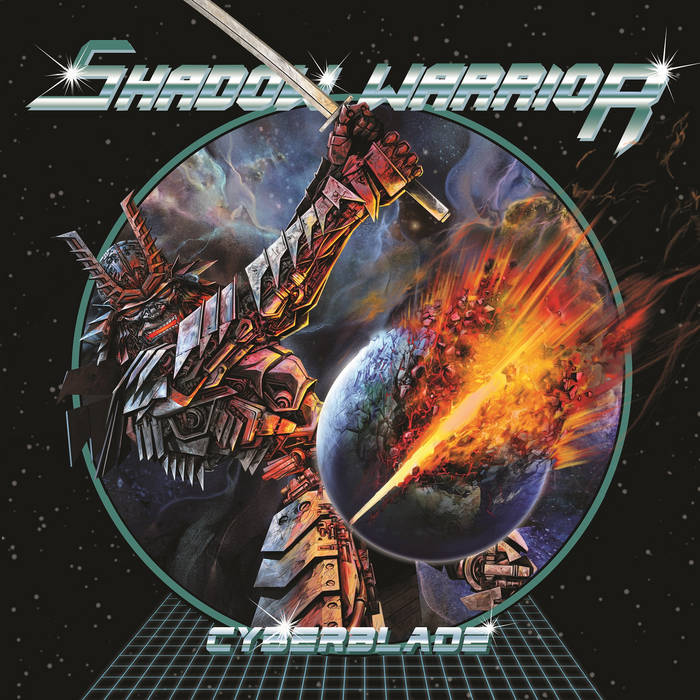 In existence since 2019, Polish female-fronted Shadow Warrior have released some singles and a demo before releasing their first full-length Cyberblade in 2020. Having a look at the cover with that samurai-cyber-picture one could think that they have a similarity to the technical power metal band Dragonforce but what we find here is quite classic 8os style heavy metal.

The songs are kept quite simple and there are no overwhelming solos. On one side this means that they are quite catchy but on the other it is difficult to find some outstanding tracks on Cyberblade. Don't get me wrong, the quintet is really skilled so this is not the problem, but I think they could have made much more out of it with some more variety in the tracks so they would stay in ones head for a longer time. Stylistically they can be sorted between old Judas Priest, Tank, Iron Maiden (especially when it comes to these galloping guitars like in 'Flight Of The Steel Samurai') and old Scorpions. The melodies are often very catchy and quite appropriate like in 'Cyberblade', 'Iron Hawk Rising' or the already mentioned 'Flight Of The Steel Samurai'. You cannot deny that the quintet originated in Lublin have fun playing the tracks and this style of music. Especially singer Anna has a lot of power in her voice and is very ambitious in what she is performing. The other instruments are kept quite in the background so that you get the impression that Cyberblade is focused very much on the singer. A better-balanced production would probably help out to make the album more powerful.

For sure, Cyberblade isn't a barrel burst, and I guess with some improvements on the next album, Shadow Warrior will convince much more than they do with Cyberblade. If you're a fan of the above-mentioned influences, you should definitely check the release because it is an uncut diamond in my opinion. Some cuts here and there might have been for the better, but the band has a lot of potential.

Recommendable tracks are: 'Cyberblade', 'Squadrons Of Steel' and 'Flight Of The Steel Samurai'.