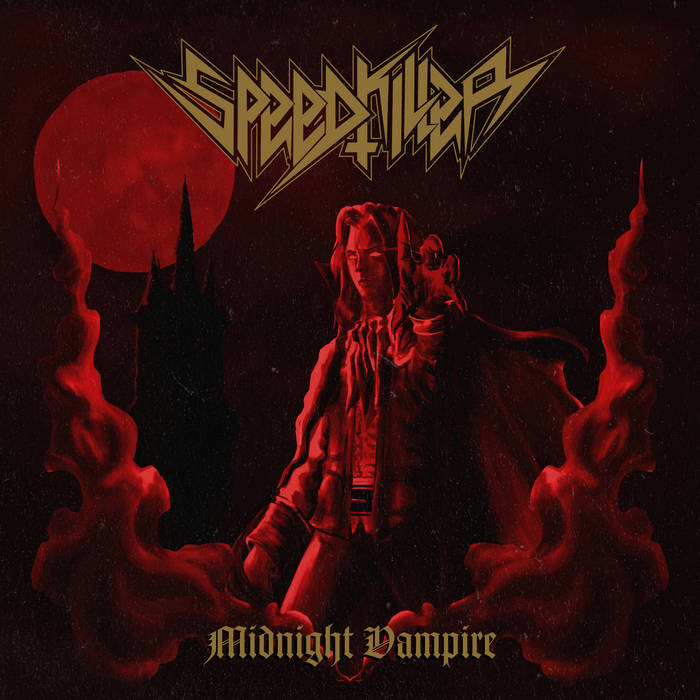 A keyboard intro accompanied by crows, horse gallop, squeaking rats and thunder opens the gate to Bolsonaro's palace, er the gates of the underworld. Afterwards, the Brazilians Speedkiller rumble away on Midnight Vampire quite savagely. The singer reminds of Mystifier at "Goetia" times, the music reminds of an ugly bastard of Venom, Motörhead, old Sepultura, Sarcofago and Co. Quasi is an even more antisocial version of Midnight.

The band manages well to mix blunt thrashing with cool melodies and breaks. After the first track 'Nightspell' really picks up speed, this can then state with astonishment. Especially when Speedkiller take their foot off the gas pedal and add melodies to their songs, they sound pretty convincing. 'Shadow People' starts quite grooving in the mid-tempo area and reminds quite a bit of old Sepultura ("Schizophrenia") or Massacre at "The Second Coming" times. Alone the somewhat crooked sounding guitars create a pretty nostalgic atmosphere. The song is definitely captivating in that it doesn't just rumble along, but manages to spread atmosphere.

Speedkiller manage in the course of their EP to increase in terms of their songwriting skills after all. The pieces become much more melodic and catchy, so you can tell that the band is socializing musically more and more. 'Midnight Vampire' is quite a chunk with its catchy riffs and melodic arrangements in the middle section, 'Valley of Death' again sounds like a mixture of Venom and Motörhead and 'Circles of Blood' is undoubtedly the best song of the album, which starts off dragging but develops into a snotty song filled with cool riffs.

The production is quite successful, although it sounds a bit muffled, but I'm assuming that the band wanted it that way. I also assume that the band didn't intend to create something completely new, but rather bow to the old school masters. If you like old school 80's death thrash spiced with Venom and a pinch of Motörhead and can stand a few off-key tones in your dose of metal, you should definitely give Speedkiller an ear, you can't really go wrong.