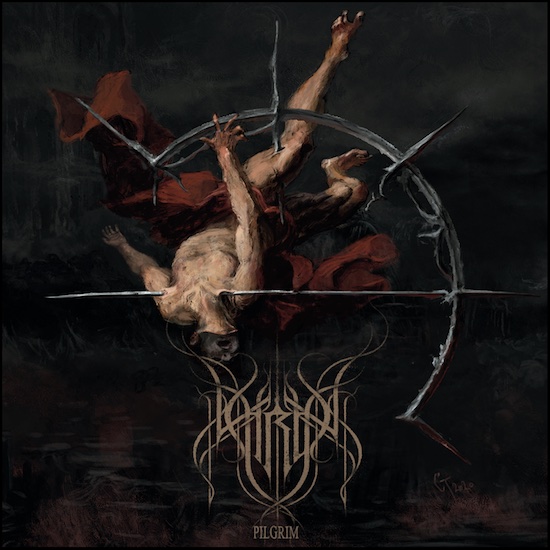 Buy on: Bandcamp
Type: Full-Length
Release Date: February 19th, 2021
Label: Listenable Records
Genre: Black
1 The Prophet
2 To Dust
3 Nothingness
4 Hosanna In The Highest
5 Epitome
6 The Reverence
7 The Valley Of The Blind
8 Den Of Iniquity
9 Gaia
10 Into Disarray
MetalBite on YouTube

This band caught my attention as soon as Listenable Records uploaded a teaser for the album with just a few sounds of the title track. So before I even got to listen to the full track I decided to check what else is available from this band and gave Abysmal a few rounds on my speakers, and found out that they're joining the list of my favorite black metal bands. When I finally got to listen to the full 'The Prophet' track I had a similar feeling to when I heard the first sounds of "Mark of the Necrogram" by Necrophobic (which, by the way, is quite close stylistically to Thron) - it was time to start waiting for their newest release a bit more impatiently.

To describe their style I'd say that the band is playing black metal more similar to Swedish bands than Norwegian, with more catchy melodies and, yes, since I like it so much, SOLOS!!! But apart from recognisable elements helping to map this band on the metal spectrum this style definitely has some similarities to Dark Fortress. That kind of black metal, which makes you think at the beginning of the song "ah, yeah, melodic black metal, cool!", but, like for example around 1:48 of the first track, you think "oh, this is really good, black metal with these riffs sounds amazing!". Or when you listen to 'To Dust' and reach the 3:12 mark. It must be some German spicing that when added to black metal gives it more variety, makes it richer, but at the same time very catchy.

The rhythm section has everything that metal needs - plenty of blast beats, some mid-tempo parts and some slower parts, but most of the time brilliant double bass drums keeping each track dynamic and interesting. 'Into Disarray' is a good example of how many different rhythms can keep the tempo of the song. No song is keeping the same pattern from the beginning to the end and quite often ends at a completely different pace than it started. ZIV and SXIII are a solid base for all of these tracks, no matter if they play fast or slow. They are accompanied by a big variety of riffs, tremolos, chords and interesting ways of using whammy. Each track has a different approach to extreme music, TVII and PVIII use different techniques so easily that it's amazing how well all of their ideas sound on one album. And SAMCA's vocals also change depending on what the rest of the band is doing, sounding sometimes similar to Anders from Necrophobic, sometimes like angry Satyr or at some point even reminding the evil shrieks of Mortuus from Marduk. The track that deserves special attention is definitely 'The Reverence'. It's truly epic with its catchy melodies, some of them played on clean guitars, some choir passages and, as all other tracks, ending on a completely different note than at the beginning of the track. And obviously it's got solos, so it went to the list of my favourite tracks of all times immediately.

I would recommend this album to fans of Necrophobic, Dissection and Dark Fortress. This album is going on the list of my top albums of the year. And I strongly recommend checking out their previous full-length Abysmal, too.