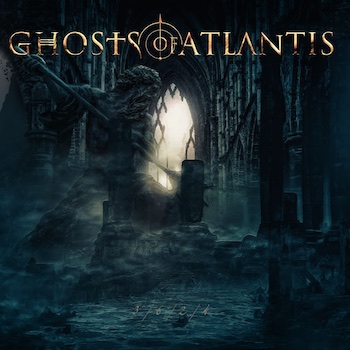 Ghosts Of Atlantis bring an innovative symphonic style to the table. While similar to the likes of Dimmu Borgir and Cradle of Filth, this band is decidedly less black metal than those. What we have here is a more traditional symphonic style that perhaps has a more death metal influence. It would not be incorrect to compare the band to the likes of Septic Flesh, as this band emits a similar flavour.

The outfit is clean enough sounding and displays a great diversity in their sound. Songs are vibrant and full of energy and showcase a new band coming into its own. One could also compare the band to Fleshgod Apocalypse, though they are less vicious. Regardless, a very full of lie approach leads to a relatively upbeat style. The vocals alternate between harsh and clean types, but normally stick to the harsh style. The interspersion of keyboards adds a nice touch to the guitars and the whole thing sounds very colourful. A more progressive approach might give Ghosts Of Atlantis even more success, but they are certainly bombastic enough. Like Septic Flesh it takes some time to adjust to the music, but it is quite accessible regardless. The band straddles the line between death and black metal, but tends more towards the former.

The amount of dynamics present means that the album is always able to maintain your interest, though an even greater use of these would lead to a more interesting listening. While not the most exceptional symphonic metal album, enough is on offer here to be very interesting on most points. With even more refinement the band could be a force to be reckoned with. As it stands, Ghosts Of Atlantis have a hit with their debut that should appeal to a wide variety of symphonic metal fans around the globe.