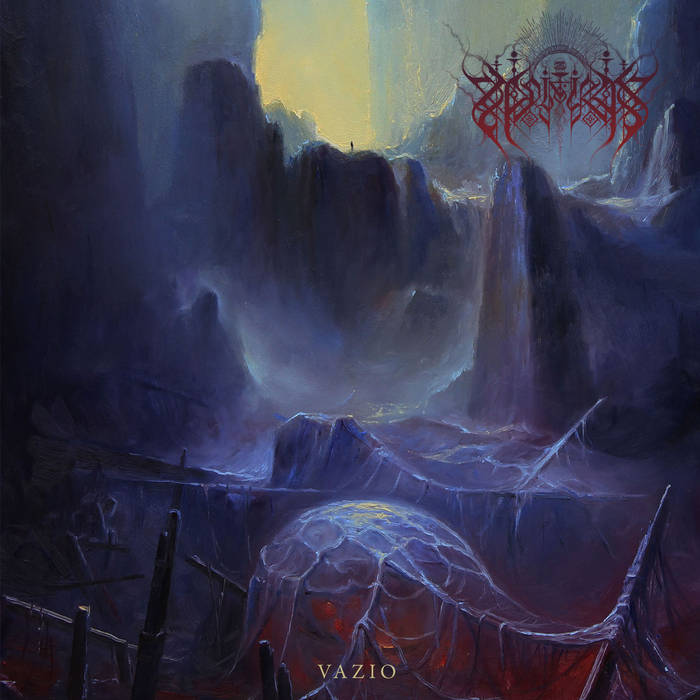 Mystical and crushing funeral/death doom hovering over the Portuguese landscape. The band name, Sepulcros; the album, Vazio. I think it would be a safe bet to call it an early contender for one of the best to come out of the flooded sub genre for 2021 at least. The band features members of Summon therefore it came as no surprise the quality of music heard on Sepulcros' debut shot through the roof. Vazio is a mixture of funeral/death doom and black metal that crawls from the deep dark cavities created by the massive power-chords and cavernous growls planted. Spontaneous sprouts of cascading melancholy conjoin at times with the withering atmosphere conjured on songs such as 'Marcha Funebre' and my favorite, 'Magno Caos'. That fucking song sounds like being taken down to the deepest lair of some aquatic behemoth only to be kept as a witness to the biological horrors home to its domain.

Vazio has near perfect timing, just over 37 minutes and does not allow you to relax despite the sullen acoustic and ambient opening of its final wave of 'Hecatombe'. Sometimes even radiating influences of Ahab's "Call of the Wretched Sea", while casting down a raw black metal torrent reminiscent of fellow countryman and project Black Cilice. Rather diligently mimicking diverse forms whilst still capable of dragging its disintegrated soul down the traditional funeral doom path. The echoed drum taps, inexorable howls and enraged vocal shrieks add to Vazio that of an abominable overcast. This is damn good and probably even in direct competition with Atramentus' "Stygian" that garnered the overwhelming attention and support of many in funeral/death doom.

The production casts a clouded fury over the banshee wails, while the tempestuous riffing in moments of motionlessness and thunderous clamour chop and devour mercilessly. An absolutely devastating fucking record that suppoprters of both funeral doom and black metal will appreciate very much. As for Sepulcros, more has to be on the way; it would be unbearable that Vazio be the only recording to manifest given such an intimidating force has set foot within the underrealm of funeral death/doom.