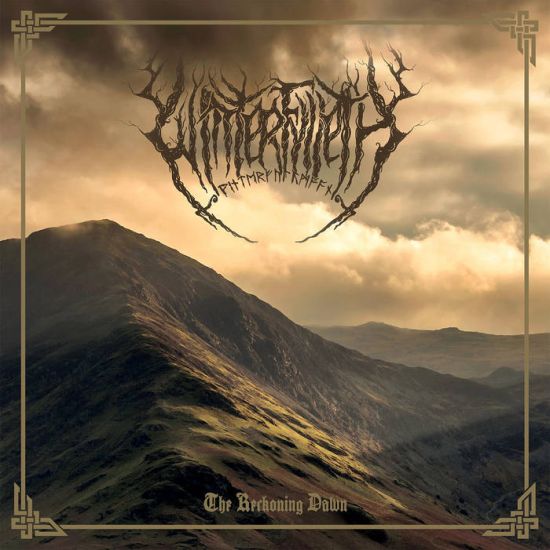 Confusing patriots with fascists is a carefully cultivated hobby of some politically thinking people. Therefore it is only logical that Winterfylleth are confronted with some handicaps in view of their national-oriented lyrics. But the political attitude of the individual listener does not matter. The music is the crucial thing and here the British squadron is beyond doubt. Their once more stylish artwork does not promise too much. Album no. 7, The Reckoning Dawn, swallows in opulent song patterns and excessive melody lines. Sometimes the songs send discreet greetings to the black metal scene of Quebec, but Winterfylleth undoubtedly stand on their own feet. They have an admirable knack for large-format, emotional yet harsh melodies and they are aware of this, their biggest asset. 'A Greatness Undone', for example, shows perfectly how to get back into the metallic frame after a silent sequence.

Certainly, the dudes from Manchester are masters of smooth aggression, if such a thing does exist. By the way, especially the raw, slightly obsessed lead vocals contribute to the aforementioned aggressiveness. They add the blackest spots in the seven impressive pictures the band is painting (the instrumental interlude can be neglected – it’s pretty senseless). Yet the guitars also do not lack vehemence and sharpness. The well-balanced, neither filthy nor sterile production ensures a vigorous and dense sound that makes it easy to listen to the entire album without a break. Even the “ohoho” of the occasionally occurring background choirs do not hurt the pleasure of listening, although I usually hate this Viking metal ingredient. But Winterfylleth are clever enough to avoid beery happiness. The first highlight, 'A Hostile Fate', is kicked off by baleful guitars and the dark atmosphere characterises the album in its entirety. Even the longest track, 'Absolved in Fire', does not lack a sinister mood, although its melodic intro is in no hurry to pave the way for the following metal parts.

Honestly speaking, it would not have been the worst idea to shorten one or two songs for 60 or 90 seconds, but this fact can be ignored in view of the still strong overall picture. Just dive deeply into the title track with its fantastic fast-paced cascades of guitar lines and enjoy the art, music and lyrics of these black metal historians. The band delivers an impressive concept. It’s nothing new in the case of Winterfylleth, but we cannot repeat it often enough: the three components – artwork, (metallic) poetry and music – go hand in hand and so the whole is greater than the sum of its parts. Admittedly, I like the more furious parts more than the pretty mellow ones, but I understand that precisely the combination of both creates the magic of the band’s music. Furthermore, the strict sequences dominate most parts of The Reckoning Dawn and so I am unable to identify serious flaws here. Instead, I enjoy jewels like the hefty 'Yielding the March Law'. No doubt, Cradle of Filth and Hecate Enthroned have their merits, but Winterfylleth is England’s leading black metal band. And as long as they do not propagate a homicidal ideology, I don’t care about their political orientation.