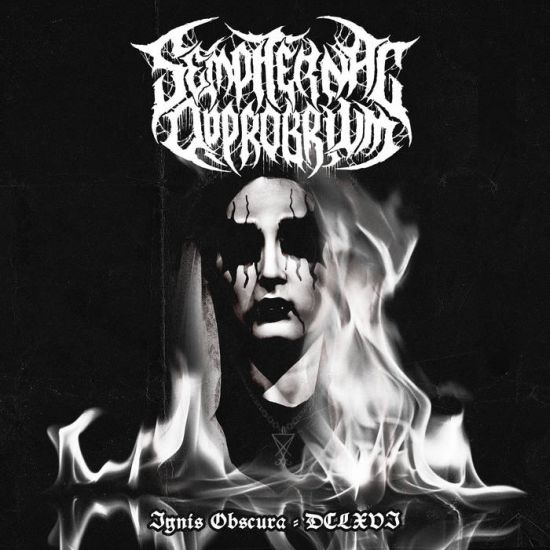 This project named Sempiternal Opprobrium is a one man band. You can expect an unidimensional sound and well, yeah, the band’s songwriting recipe is fairly simple: mid paced and groove driven death/doom with ultra low gutturals and tuning. Vore XVII is actually a pretty big guy, so the gutturals are also on a bass vocal range. The guitars are tuned in B (like Carcass on "Symphonies of Sickness"), the riffs are written in simple bars but there are some modulations and variations that make them sound more interesting to the ear and even if the songs themselves are pretty repetitive, they manage to build a great enveloping dark atmosphere. The riffing isn’t technical at all but the development of the composition skills is notable on some bass arrangements that drift away from the guitar as a nice second voice.

The drumming is super steady. I always thought of Vore as one of the best Costa Rican drummers since his participation on Linfogranulomatosis Inguinalis’ "Mangled Body Autopsy" (2013), the most brutal album ever released by a band from the local scene; but on this record he doesn’t even play one blast beat. Instead, we have slow and mid paced double bass drum sections, that sound completely punishing. The fills are basically mechanical drum rolls, nothing special but they were executed so perfectly… ASMR for sound engineering and tempo freaks. That being said, the production style is actually super soiled, the opposite quality of the instrumental performance.

I recommend this for fans from anything between Acid Witch and Obituary. The album is short and easy to digest but it’s also pretty heavy and dark. The aesthetic of the band is also interesting, that Bathuska-styled black pope gimmick. Nicely done and definitely worth owning.