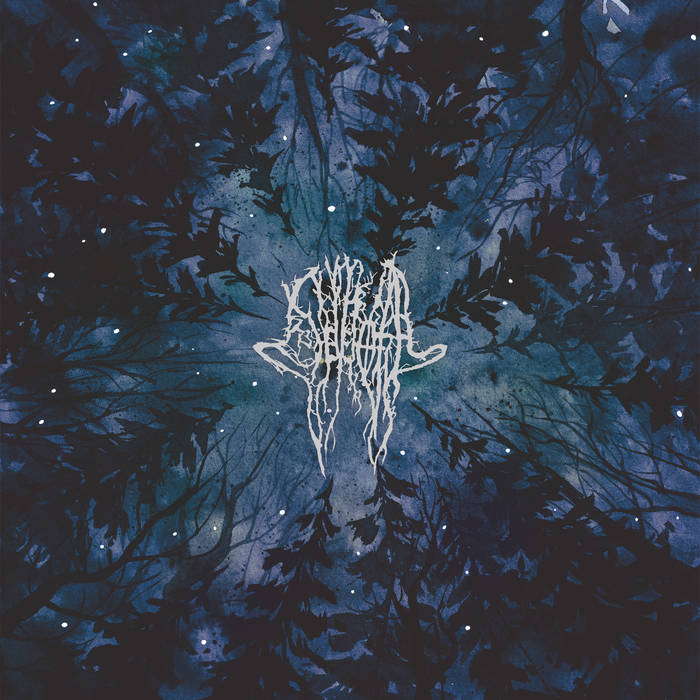 Now this here is well-done one-man atmospheric black metal. I had almost written off this genre completely, as even a minimal, spacious sound seems to require input from multiple minds without it getting boring. However, this manages to have a very large sense of scope without feeling completely lost, capturing this massive, cosmic essence while filling the gaps with sparse, simplistic guitars and keyboards, the latter of which often carry the melody without fully taking the foreground. The production is a big contributor to how massive this sounds (the drumming in particular), and despite every song on this being over 10 minutes, they have the ability to keep your attention held for their entire duration and seem to require their length, which is a definite sign that this is worth listening to.

Right away, Severoth gives the impression of a more detailed, involved project - dreamy, astral keyboard lines introduce the theme of the album, bringing to mind fellow countrymen such as Astrofaes and early Nokturnal Mortum. They instantly paint a picture for the album and immediately make the atmosphere felt - even though these are long songs, they need little time to build up. Vsesvit doesn’t have songs with peaks and valleys - the songs immediately immerse you in a hypnotic, layered foundation that occasionally shifts, subtly creating dynamics in the process. In essence, this is very much written like an ambient album, while simultaneously using more metal elements to create that ambiance. You can put it on in the background and it works just fine, but it also has enough detail and depth to reward the more patient and attentive listeners and/or people who are looking for simple, effective riffs.

Vsesvit is easy to get into due to their slick, warm sound and production style, an unconventional choice for the genre compared to bands such as Darkspace and Paysage d’Hiver. Those artists operate in a similar headspace to Severoth, but with a more frigid and bleak interpretation of cosmicism. In contrast, on Vsesvit the drums sound nice and big - I’m always happy when I can’t notice if the drums are programmed in a one-man project (although I think Severoth may play the drums himself, which is extra legit), the guitars take up an impressive amount of space with their repetitive riffing. Many moments sound borderline pleasant and inviting - though they never lose their air of mystery, it does feel like a lot of artists that might get mentioned in the same breath as Severoth (Burzum, Drudkh, PdH) aren’t going for the same thing, nor do they sound similar.

There’s one very specific band that captures this same kind of grand, cosmic beauty with the same approach Severoth does - Forest Silence, a Hungarian atmo-black group, who have this very grounded, natural approach to audibly capturing the wonders of space. They’re not particularly well-known, but I absolutely love them and consider their sole full-length to be an unappreciated masterpiece in the genre. Severoth certainly have their differences, with much more emphasis on the repetitive minimal elements, which is perhaps where their (minor) shortcomings lie: though they do a much better job than 95% of their peers in holding your attention, the songs do feel like they start to drag at times, though it’s seldom boring enough to want to change the song and eventually they draw you back in with a moment of sublime contemplation or a surge in energy. Nonetheless the atmospheres evoked on both "Philosophy of Winter" and Vsesvit tell a similar story: one of being intertwined with the stars, of feeling your body slowly dissolve into aether and cosmos, feeling nothing other than pure overwhelming euphoria and gratitude that you have a chance to experience this oneness and become a part of something greater. Basically, I really wish I had this album to listen to the last time I went out into the forest with a bag of shrooms.