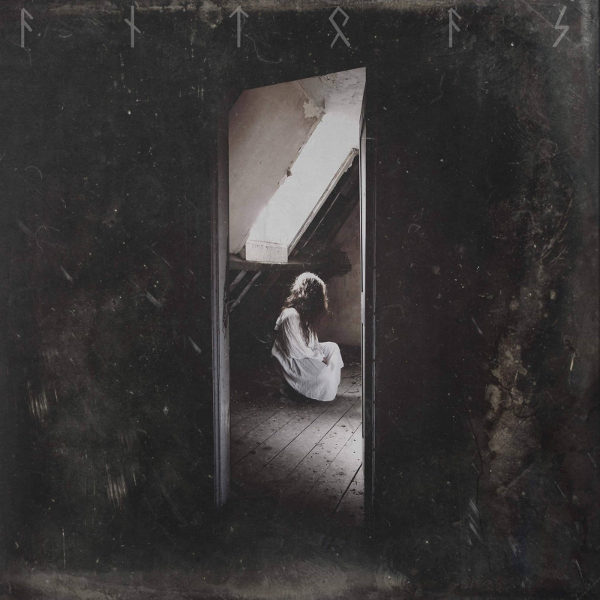 I can't decide if categorically this fits better as a DSBM album or a post-black release. The band name, art aesthetic and Victorian vibes this exudes indicates the latter, but the meat of this draws from artists in the depressive/suicidal vein. The riffs are simple, run on sentences that slowly cycle and repeat themselves, with the occasional delicate moment of contemplation used as a transition. A high wail with a bit of a screech to it makes up the vocals, delivered through a haze underneath the mix in a way that brings Xasthur to mind. Dirges initially seems like a despondent album based on these influences and the way it's written, there's a bright, major-key layer to the melodies that gives things a different energy, with keyboards that underscore the positivity with a childlike euphoria. It puts the album in an interesting position style-wise, somehow being bleak and uplifting at the same time.

And Now The Owls Are Smiling have been prolific in just under five years of existence, this being their third full-length and sixth release overall. The project is also a one-man show, which means that there's at least four instruments to write and record (five in this case since there's other melodic effects not made by guitars going on) but for some reason it seems like having fewer cooks in the kitchen makes music get released faster, not slower. I suppose there's fewer people to account for that may hold up the creative process, which is a plus, but the benefit of having each musician focus on one instrument is that to them, that's the most important instrument in the music. When you have one guy focusing on all four, it's inevitable that something is going to get neglected a bit. In the case of Dirges, it was the drums. No one piece of the kit sounds especially annoying, which is good, but the way a lot of the fills and the long, monotonous blastbeat sections were written sounds very unnatural, and doesn't sound like something that would have been composed by someone who played the drums more than they played other instruments. It takes up enough space and causes little irritation, so it doesn't detract from the atmosphere, but it does prevent the album from feeling truly extraordinary. Someone needs to sit this guy down with some Mgla and Defeated Sanity albums: the former to introduce him to the magic of cymbal play and the latter to show him that there is more than one way to write a blast beat.

When you're not paying active attention to the drums, this has a nice, haunting feel that can keep you interested for the first half of the song, but because of the repetitive nature of the music, eventually you're going to come back to the drums carving some variation on the theme that has been thoroughly stapled into your head. It only becomes evident the second or third time around, as this does have a neat enough atmosphere to keep you interested if you're like me and already partial to the style, but until Nre either gets a live drummer or expands on the textures of his programming, I won't be compelled to give And Now The Owls Are Smiling further exploration. Most DSBM fans probably won't care about the repetitive drumming so this would be fine if you're a fan of the style, as some of the riffing and vocal textures are really nice, but as someone who's a dabbler and not a diehard, I find myself wanting more out of this than I get.