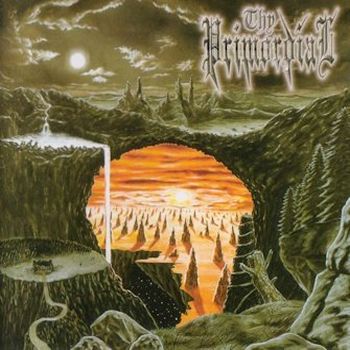 Type: Full-Length
Release Date: 1999
Label: Pulverised Records
Genre: Black
1 For Fires To Burn
2 Once On Fortunes Throne
3 The Fatal Journey
4 At The World Of Untrodden Wonder
5 Departure - Astray In Spirit
6 Amongst The Chosen Lost
7 The Burden Of Time
8 To Ruin And Decay
9 My Beloved Darkness
10 Revealed Throughout The Ages
MetalBite on YouTube

Every scene consists of leaders and followers and when it comes to Swedish black metal and Thy Primordial, we cannot ignore that they were not ahead of the pack. Even 16 years after the death of the band, one finds only three reviews for six albums. Guess this says a lot – but maybe not about the band, but about us, the ignorant fools who did not realize the talent and the skills of the Swedes. I cannot imagine how lucky leaders must be when having such competent followers.

It’s true that Thy Primordial did not add new elements to the black metal movement of their homeland. They offered the typical mix of brutality and this special melodicism that Swedish children seem to drink from their mother’s breast. One can say that their approach suffers from uniformity to a certain extent, because the devastating thunderstorm is almost omnipresent. But don’t jump to conclusions. The title track, for example, surprises with two breaks that surprise with almost soft melodic sounds and heroic, clean vocals (which reappear in the closer). It feels like catching a glimpse “at the world of untrodden wonder”. However, the title track marks one of the highlights here. Unfortunately, it has one thing in common with every other song: it suffers from the slightly noisy, not very transparent production. It seems as if Thy Primordial wanted to have a very powerful sound, but here this intention has been carried to excess. Especially the hyper-fast sequences lack clarity – and they dominate this output in an overwhelming manner. From time to time the album sounds like a death / thrash bastard with black melody fragments.

The songs deliver both: infernal sequences that make your blood run faster as well as (a few) parts which are going nowhere. The aforementioned defect of the mix makes it hard for them to develop their individuality and the whole is probably less than the sum of its parts. Nonetheless, the dudes give all that they got. Already the opener does not waste time and kicks off the battle with full instrumental power and an excruciating scream. No doubt 'For Fires to Burn' marks a strong beginning. 'The Burden of Time' is another gem of the album. It pays discreetly tribute to Attila’s priestly vocals on Mayhem’s masterpiece from 1994 and moreover, it shines with some excellent guitar lines. 'To Ruin and Decay', another extremely robust tune, concentrates on uttermost grimness and it is convincing as well.

Thy Primordial were great followers. They were part of a revolutionary musical movement I do not want to miss. Perhaps the name of their work promises too much, because they do not walk untrodden paths and I also see no wonder. But wait; there is at least a visual mystery. I cannot take a look at the artwork of At the World… without thinking of Benediction’s “Transcend the Rubicon”, although these two covers have not much in common. Maybe the picture of the album of the guys from the UK comes to my mind, just because of the fact that Benediction are competent followers as well.