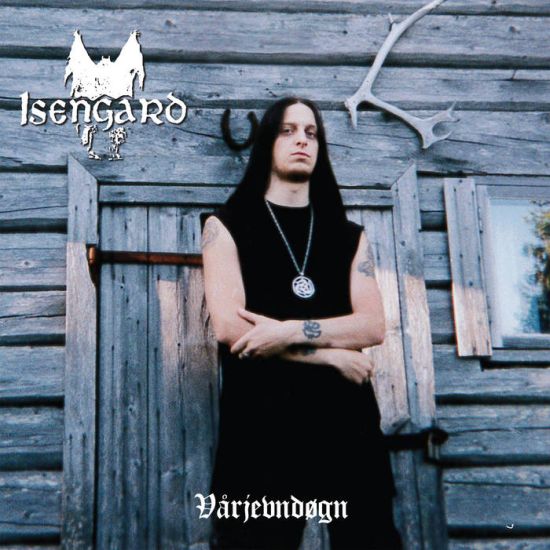 There was actually hardly an announcement of a new album in recent times, about which I was so excited and eagerly awaited, as that of the new Isengard album. After 25 years Fenriz and his band (and this means him alone) finally release a new material, although new is not really true. It is long lost material that Fenriz found again earlier this year, probably while cleaning the house.

Production-wise it is similar to Vinterkygge and Høstmjørke, the sound sounds like in the rehearsal room (according to Fenriz it was recorded in the "Sorkness brothers' porta studio", the later "Necrohell" studio), the sound is quite rough and somehow muddy. But as an Isengard fan you are used to that from the other two albums.

The songs are a big surprise in contrast to the production. Although they also have a somewhat dark atmosphere, but that's more because they are mostly kept pretty doomy. They often sound very much like Black Sabbath. Besides our all British doom gods there are also other influences like Queensyrche, Crimson Glory or the old Agent Steel (you can hear that especially in the vocals). The guitars have a wonderful sawing and mangy sound and the drums are played wonderfully rumble, now this does not mean that the instruments are played dilettantishly, but it just fits the production. If you look at the influences that were used for this album, it is clear that there are no black metal hits like "Fog of Evil", "Nestlepaks" or "I Kamp Met Kvitekrist" to expect. Actually a pity, but also Vårjevdøgn has some really cool songs to offer. 'Dragonfly' starts with blatantly high vocals, which at least I definitely didn't expect from Fenriz. The song is pretty catchy and has an almost punky middle part. 'A Shape in the Dark' stands out with its almost epic guitar riffs, the song could be better produced a real classic in classic heavy metal, 'Rockemillion', is a pretty catchy bastard of metal and punk, the riffing reminds me partly of "Doctor, Doctor" by UFO. 'The Light' is probably the closest to a song that could have been on the previous albums, doomy with the typical Fenriz vocals.

Well, was my long anticipation for the album worth it? I would say yes, because even if it didn't become an Isengard album like the others, there are still very cool songs to be found here, which tend in a more classic metal direction, but are still quite recommendable. So thumbs up for the album!!!