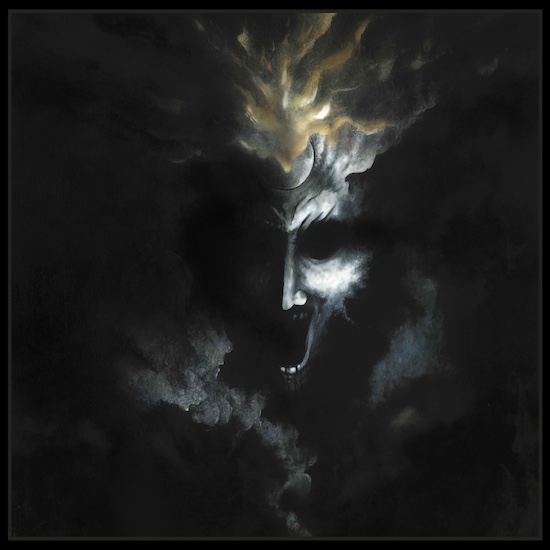 Once again proving to be far greater than the common black/death avant garde echo chamber of bands, Ævangelist has once more invoked a series of visions with the newest horror Dream An Evil Dream III. The split that occurred between fellow bandmates has not deterred the will and drive of Matron Thorn. Dream An Evil Dream III continues to explore further the unknown within the psyche and realm of spirits. Expect only the most fucked musical clatter. Snare, cymbals, high hat, double bass, guitar and voiced utterances clash to create a musical nuance merged with undercurrents of haunting ferric noises. It's all here and would really make you believe this 45+ minute track of disturbia is a day/nightmare unfolding before your conscious eyes.

I think I pretty much described this sonic disaster on the surface level, however there are many rewards awaiting the careful listener that has the courage to dig beneath the veiled soil of instrumental wickedness. The blurred line between chaos and technicality is the strength of such menacing material. So many complex changes, intrinsic and deceptive chord structures woven together with a backwards rhythmic tension ever climaxing and depressing to evoke feelings of uncertainty and just moments that will make you go "fucking what is happening?" all the while enjoying every second of the twisted multi-tempered and tactile tune. Yet despite being such a beautiful, maniacal and tormenting piece, there is a strong factor of bliss operating that helps you develop your own interpretation of this adept masonic carving from Ævangelist.

Doom metal finds its way into the barraging noises, percussive thumps sewn together, sharp and ravenous power chords manifest without an invitation and give definition to the passages of turmoil. Dream an Evil Dream?; more like, play an evil song; this music is as sinister as one could have asked for from a band with the compositional wealth of Ævangelist. Had it been only last year the midnight wizard stroked his violin and ushered into existence 2 massive works of diabolical hymns that still manage to baffle even the most athletic of musicians.Yet the work remains undone and in a continuous state of transcendence on Dream An Evil Dream III.