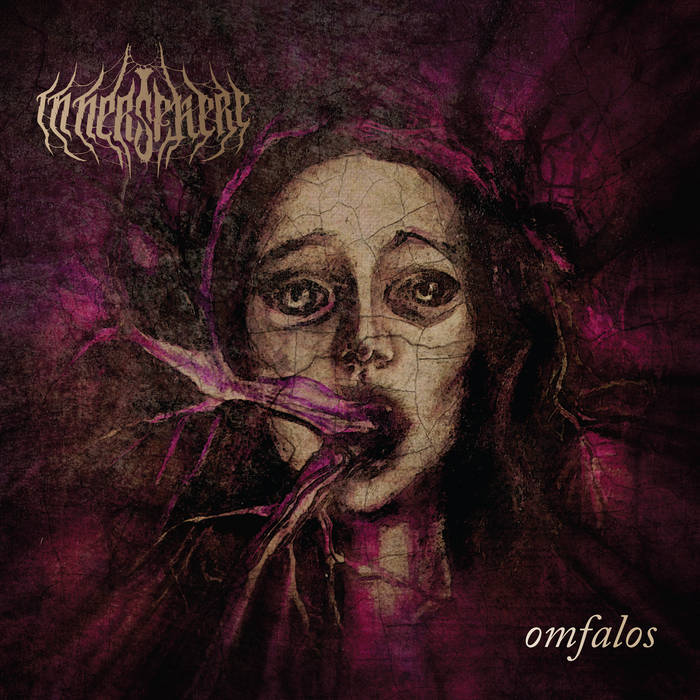 In the recent death metal landscape most people rave about the whole "old school" revival, but seem to ignore that the other subgenres within death metal are trying unique and different approaches, and one such case is the Czech melo-death-doom outfit InnerSphere. The band first came to light in 2015 and have made a name for themselves in the Eastern Europe metal scene, and are now releasing their sophomore record, Omphalos through Slovakian Metal Army.

While I can admit I didn't know about this band before checking this particular album, I must say that I was easily missing out. In a nutshell, what InnerSphere are doing here is taking the melodic death metal formula, adding elements of death-doom, and then filter it through the weird musical grandiosity and sense of scale you'd hear in bands like 1914. In InnerSphere's case this is heard in their thrash inspired riffs, their complex and somewhat folkish melodies and an epic atmosphere that gets progressive in some areas, particularly with how the band employs keyboards and a piano to enhance said atmosphere. The influence of Swedish melo-death forefathers like Dark Tranquility and At The Gates is noticeable but the band aren't relying on those bands' sound. The music is much heavier and dark, the doomier parts are noticeable in the mid-paced tracks at the half way point like 'Wisdom' and the title track. The music feels overwhelming in a good way, like being awed by a massive tower.

Furthermore the band also successfully make good use of the speed and brutality that death metal requires, but again, they add their own twist in how melody driven it is. In some songs it reminded me of bands like Dream Theater but filtered through death metal. Make no mistake though, these guys aren't a progressive metal band, what they do is balance that technicality with intensity, and indeed each performance feels passionate, the music benefits from each member bringing their A game and the end result is head bang inducing as heard in the first half of the album on tracks like 'The Darkest Hour' and 'Fire'.

InnerSphere did something interesting here, and my only real complaint is just how the album sounds (not the actual music), but how it was produced. It sounds a bit too polished for my taste, but then again the band has a clear vision with their music, and the modern production serves them well in highlighting their more complex tendencies.

Overall, InnerSphere are doing something truly refreshing in death metal by trying to push the genre forward instead of just recapturing an older sound.