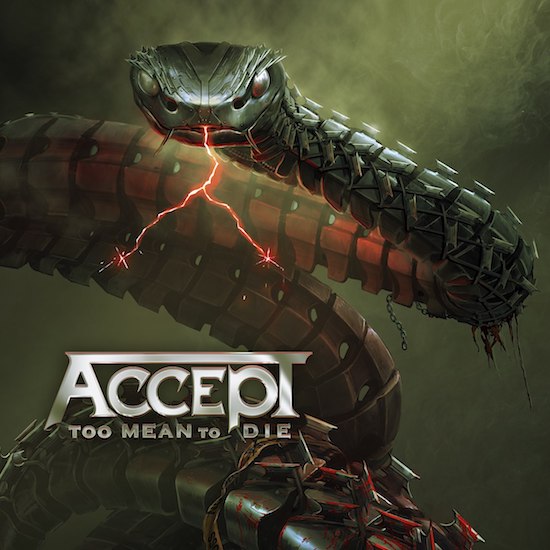 Type: Full-Length
Release Date: January 29th, 2021
Label: Nuclear Blast
Genre: Heavy
1 Zombie Apocalypse
2 Too Mean To Die
3 Overnight Sensation
4 No Ones Master
5 The Undertaker
6 Sucks To Be You
7 Symphony Of Pain
8 The Best Is Yet To Come
9 How Do We Sleep
10 Not My Problem
11 Samson And Delilah
MetalBite on YouTube

Accept has been around for a while performing their brash traditional style, so the title of this album is appropriate. This band seems to combine the sounds of Judas Priest with Motorhead to create a high-energy form of music that is very addictive. Songs are relatively straightforward, but undeniably have a huge impact on the listener. Rousing chorus’ and a load of melody round out this very rewarding experience. Sometimes they mix up the style with tunes like “The Undertaker”, which makes for a ballad of sorts.

Most of the songs are very up-tempo, however and have a great deal of energy associated with them. The comparison to Judas Priest is appropriate as this band flexes it metallic might in a similar fashion. This album will appeal greatly to old-school metal fans. It is a high-octane affair that never lets the pedal off the metal. At this stage of the game, the band is certainly starting to sound a little redundant, however. All of the band’s recent albums are similar and add very little new to the table. Despite this, the album is very addictive and has songs that will become ingrained in your head. Also, the album starts to lose a little bit of steam as it progresses. Too Mean to Die is very crisp sounding thanks to a punchy production job and this gives the tracks some charisma. It all could be more fresh and innovative, however, and this would lead to a more productive experience.

Still, for fans of this older type of sound, there is a lot to like and one will end up adoring these tracks in the long run. Fans probably know what to expect with this band and those that are interested will lap it up. A wide audience should enjoy what is to be found here greatly and this album will benefit the traditional metal genre.