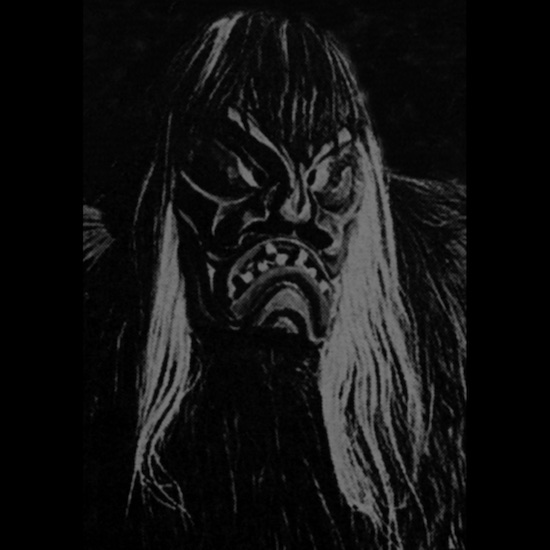 I don’t even know where to begin. How do you go from such monumental heights in albums like Steineiche or the self titled, to literally the most generic black metal I’ve heard all year. Even bands that do the whole second wave worship like Spectral Wound come out with legitimately compelling and killer records (Quebec represent). Tobias Mockl is certainly better than this. The dude has such a fascinating view on black metal as a whole, especially the whole lo-fi aesthetic, and how certain people will unlock “keys” to train their ears to such abrasiveness. It becomes a personal treasure, according to him, as explained in a recent interview. His interconnected world of the Wanderer, and how every release is a chapter in his ultimate journey to Die Festung, or the Fortress. As somebody who has a personal mediawiki dedicated to hundreds of pages of my own internal lore for this epic sci-fi thing (cringe, I know), I respect this attention towards crafting genuine experiences through the art of worldbuilding to an unmeasurably high degree. It’s what grabbed me towards Mockl’s world of Paysage D’Hiver in the first place, being that young and naive ten year old who just heard Kristal & Isa for the first time and not liking it until a few years later, when it clicked.

Geister is Paysage D’Hiver’s second full length and it starts off unceremoniously with 'Schattä', a song that seems to follow the same basic blast and same generic second wave Darkthrone-esque riffing style found on albums like "Under A Funeral Moon". It’s not bad, per se, but every subsequent song that follows it up just repeats this nonsensical pattern of what sounds like some chains rattling, a short wind sample, and Wintherr screaming in the distance some unintelligible word in Swiss German. The production on this album is also weird as fuck, especially after reading so much about his intended lo-fi approach. This album is well produced. Full stop. Sure, it’s “raw” or “lo-fi”, but if you’re exposed to black metal on the regular, you’ll learn that it really isn’t, especially for Paysage D’Hiver. Everything is audible here, including the bass, which does nothing on its own except follow the drums, which are also surprisingly punchy. The guitar riffs are clearly audible, and even though throughout the entire album, you’re able to hear the discernable melody that the riffs play out, they all sort of meld together into nothing. Apparently all the riffs here are like 10 or 20 years old too, and only the songs 'Anders' and 'Geischtr' are “new” which make me believe this entire thing was a cash grab to market off of Im Wald’s success. Every single riff here is forgettable. Maybe not on songs like 'Bluet', but that’s solely due to repeated listens waiting for this damn thing to drop. Certainly not worthy of being dug out of the vault after over a decade of waiting.

Another odd styling choice on this album is the lack of prominent keys on this thing. For a band that relies solely on atmosphere, there’s like a single keyboard layer, like a synth pad. Maybe two, if it’s one of the better songs on this album. What sort of twisted timeline do we live in, that to differentiate between the good and the bad on a Paysage D’Hiver album you look to see if it has an additional keyboard layer? Songs here will begin with that chain rattling bit, do a few laps around the typical black metal track, maybe slowing down here and there for some water, or speeding up halfway to impress some cute girl that wandered by. One very noticeable thing here too is songs just end really abruptly. Like there’s no progression at all, but even worse, there’s no like, proper finality. They kinda just stop.

I just wish Tobias would write something with passion again. There’s nothing about this album that I can identify uniquely with and that’s it’s biggest flaw. I sense little to no passion in his work anymore. No more cassette hisses or bits of audio distortion that give weight to each piece of music, no more field recordings or genuine moments of dread and terror. I said this in my last Paysage D’Hiver review, it feels like a second or third rate Paysage D’Hiver clone got control of his computer and leaked his own shitty demos out in his name. The album feels weak, not in the same way Im Wald did though. Im Wald at least had some progression, albeit very little. It had a lot of keyboards and genuinely interesting movements and moments. Geister has literally nothing, aside from punchier drums, audible bass and discernable, boring riffs.

There is one saving grace to the album though, and it’s the last track, which is one that’s twice as long as all the others at 10 minutes, short by PDH standards. It’s a pure ambient track, and, if there was any short, anecdote to this thing, if the closing ambient outro is more than doubly better than anything on the album, you have a problem. It follows a nice progression from the chain ambience and seems to end the album on a sorta good note at least. It’s no 'Der Baum', but it’ll do.

Listen, I could go on and on about each song on the album, and dissect it like a well-seasoned reviewer and give you the same opinion, albeit one that’s arguably more professional, but I’m telling you, there’s literally not any variation from song to song here. If I copy pasted the description of track 1 ten times for the entirety of the metal songs on this album, you’d get a genuine review. Not even joking here. You know what else isn’t a joke? Paying $200 CAD for both the wax vinyl and the normal vinyl of this album. At least Im Wald came with a cool poster, an artbook and was packaged in a cool box. I hear this album is already doubled in price on Discogs. Maybe the scalpers are onto something.

This is the auditory equivalent of drinking a La Croix. Do yourself a favor and treat yourself to an Imperial Saison Noire and get the latest Spectral Wound album. Your body will thank you.

One of Switzerland's most respected black metal bands has returned to the icy mountains to shovel out yet another work of mysticism, bleakness, frigid atmospheres and rage. Paysage D'Hiver has been a long-standing pillar of true ambient/atmosphere black metal that continues to amaze listeners with eclectic auroras. Not going to lie l, knowing of his past work, another Im Wald was an ongoing thought since the announcement of a new full-length record. But that would be unfair, Im Wald was a record of majestic beauty and might, something I don’t think can and should be replicated by Paysage D'Hiver.

Geister has had many a spins now and with all honesty, while the music itself is what I would come to expect from a Passage D'Hiver album, there seems go be something missing or rather, something/s added that may/may not deter listeners depending on your black metal preferences.

The first element lies within the production of Geister which sees Paysage D'Hiver take on a more discernable approach whereas you can almost make out what is being said even though still having the signature screeching sort of gasp that you’d be more familiar with on earlier releases . This may have been used to facilitate more audible keyboard synth as on tracks such as 'Bluet' and 'Undā' as early point outs. What you’d so notice is that windy sound has been pushed further into the background contrast to be a dominating factor as on Im Wald and entries along that line. Thus, it creates the feeling that this decision to place more of a spotlight on the actual music has came at a compromise for the overall atmosphere; was it worthwhile? Hence said, the music itself is dynamic, the drumming is simple and as referenced earlier, the vocals can now be heard with a bit more definition. Mostly residing within the regions of mid paced to fast drumming, the music ascends and descends with the aid of backing keyboards that'd manifest similar atmospheres to those heard on Im Wald, that though not as potent contribute to the character and identity of em>strong>Geister that is still aided by that windy gust heard in quieter moments and closing sections of some songs.

Now while this may not be an album of that caliber, 'Āschä' begins to ramp up the atmospherics with more prevalent keyboard backdrops utilized that'd trickle down to 'Wärzā' which effectively uses the drums and guitars to toggle between a depression or increase of a tempo. Either instance is temporal but does a remarkable job of eroding and re-erecting the atmosphere. This effect continues with 'Schtämpfä' and the tracks to follow that’d lead you to the closing.

The sound of the swirling and whistling wind after every track somewhat compensates for the cleaner production to an extent and you’d even notice that a more visceral vocal screech is reinstituted with aforementioned 'Schtämpfä' and is maintained for the remaining tracks that helps in somewhat redeeming that signature Paysage D'Hiver sound. The sound of the ghost on some tracks such as 'Gruusig' and 'Schtāmpfä' creates a haunting effect which the former sounding as though a ghastly entity is idly lurking within a storm-swept forest and the latter emitting a feeling of some devilish figure franticly searching for an entry into somewhere. Those samples carry through to the final track 'Geischtr' that uses perhaps the strongest ambient aura on Geister to create a most magical and depressing closing to yet another great album. Hence the answer is yes, the cleaner production used to highlight the musicianship was worthwhile and did not necessarily harm the image and general ideological aesthetics of Paysage D'Hiver and Geister.