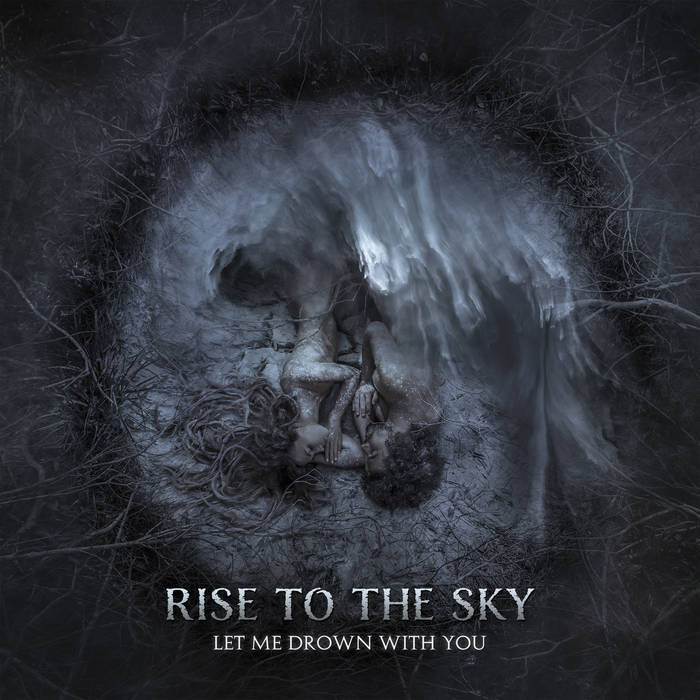 Hailing from Santiago, Chile, Rise To The Sky is an atmospheric death/doom metal band made by Sergio (sole member and writer), who's second album is soon to be released. As stated by Sergio himself, this record was inspired and made after his father passed away.

Let Me Drown With You is divided in 2 chapters, named 'I: Life, Dreams and Passion' and 'II: Death, Grief and Transformation', with a total runtime of almost 55 minutes. From the very start, the sorrowful atmosphere manifests in keyboards, with the slow addition of drums and guitars, with the vocals being the last to enter; a deep growl that announces grief. Throughout the First Chapter, we are exposed to beautiful keyboards, heavy sustained riffs and deep vocals that, despite the style, seem to suggest a small brink of hope in all of this. The acoustic passages intertwined with keyboards and electric guitars build you up, showing that even in grief, there is light...

There's a shift in atmosphere as soon as the Second Chapter starts, with the crushing 'Turn Us Into Stone'. The main riff of this track shows that hope fades quickly, as the vocals no longer express grief, but raw pain. After this not-brief crushing track, everything builds up again as it did in the previous chapter. Pain slowly gives away to hope, and the music's scope elevates to provide just that, a glimmer of hope. And it all converges in 'Transformation', an acoustic postlude that concludes this journey of Life, Death, Grief and Hope. With great instrumentation and vocals, Sergio has managed to encapsulate his emotions into this beautiful record. If I have only one minor gripe with it, is the lack of vocal variation, though it is of no great consequence, as the whole experience outweighs this minor complaint.

This record is majestic sorrow. A draining, yet great experience from start to finish. In my personal experience, loss can bring forth a torrent of emotions and ideas, but for musicians it can be an ordeal to put everything together to write music, even more if it was as sudden and unexpected as what happened to Sergio.

However, he has not only managed to go through with this episode, but has created a magnificent record where he pours his grief and heart. My support and condolences to you, my Chilean brother.