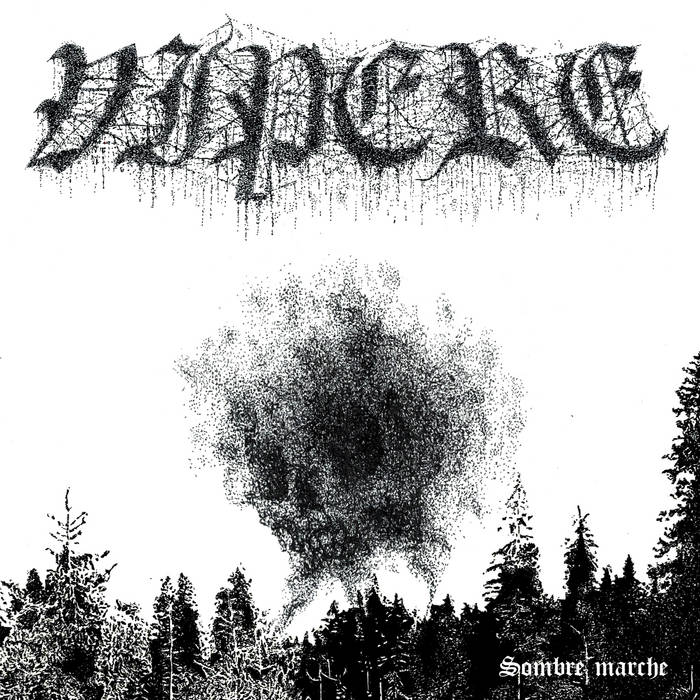 Sometimes it's the CD cover that speaks directly to you. This is what happened with the French duo Vipère, who released their debut EP Sombre Marche. But be careful! All those who like their black metal in the style of Dimmu Borgir or Cradle of Filth or are used to the usual smooth Nuclear Blast production should perhaps stop reading on here.

The music that Vipére offer us on this EP is raw, unpolished black metal. If the opening riff of 'Multiface' still lets some punky atmosphere arise but that soon ends with the introduction of the vocals followed by quite a chaotic intermezzo with thrashing drums and sawing guitars. The singer reminds me quite a bit of Gaahlskagg, the voice sounds distorted and hateful. By the way, this song is the only one written in English, the other two with vocals are written in French. In the second song 'Octobre Noir' the Frenchmen manage a skillful balancing act between raw black metal with raging drums, felicitous guitars, demonic vocals and slightly folkloristic acoustic passages. The third track 'Inégalités de Bell' starts with a rather DSBM guitar riff, which is however quickly decorated with some harmonic tones. Again, sawing guitar riffs are given space, especially when the vocals of singer Saros kick in. At times the whole thing reminds me of industrial black metal, like Aborym or Mysticum used to play (or still do in the case of Mysticum). The song is definitely the catchiest track of the EP and offers a nice acoustic part to the end. Sombre Marche surprises with melodies and instruments (acoustic guitar, keyboard and flute) that could have been found similarly on the first Ulver CD.

I find the EP quite successful. The guys from Vipère have created a quite varied and entertaining EP, which makes you want more. According to my information, an LP should follow soon, let's hope that will be so!