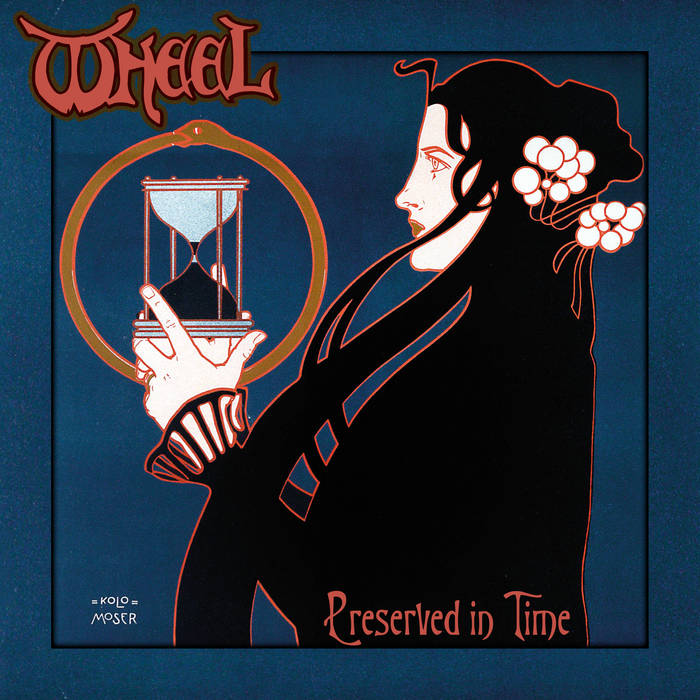 Buy on: Bandcamp
Type: Full-Length
Release Date: April 9th, 2021
Label: Cruz Del Sur Music
Genre: Doom
1 At Night They Came Upon Us
2 When The Shadow Takes You Over
3 After All
4 She Left In Silence
5 Aeon Of Darkness
6 Hero Of The Weak
7 Daedalus
MetalBite on YouTube
MetalBite on YouTube

Good doom is a careful balance between having enough going on to keep your attention and not crowding the mix with too much busyness. It’s one of the most exclusive, untarnished, unchanging genres since its inception - even modern heavy hitters like Pallbearer and Atlantean Kodex deviate very little from the formula. Songs in this style are deceptively simple to write, with the real challenge being knowing exactly when to put down the brush and stop adding to the painting.

Wheel is a very meat-and-potatoes kind of band - they’ve fine-tuned the art of simplicity and operate within a very strict paradigm that doesn’t allow for much wiggle room, and not only that but they don’t have a particularly flashy element that will draw your attention. The guitars and drums hardly offer much in the way of wild solos or crazy fills (they’re there, but only when they have to be), and the vocalist stays within his range most of the time and rarely ventures outside, and he’s got a bit of a dorky natural warble.

Despite the simple and somewhat underwhelming surface presentation of the band, there’s something goddamn magical going on in these songs. They don’t gradually build into an epic climax and take you on a journey, they let a few verses develop and then bleed them together in the songs, slowly unfolding and revealing more while staying put and retaining a somber, heartfelt tone. The guitars seem like more of a pulsing rhythm instrument, the vocals being the main drivers of the melody. This is the one style where you can pull it off, with the right vocalist, and I must say, Wheel’s singer has a very unique inflection and a way of delivering the melodies with subtle twists each time he repeats his verses - maybe he holds a line a little longer, or adds an extra trill where there wasn’t before. All I know is it gets me singing along - fuck funeral doom, I want 'When The Shadow Takes Over' playing while they lower me down in the dirt.

It takes a lot to make me sit through a few tracks in a row (or a single 20-minute track depending on the band), but Preserved In Time knows exactly where to put the builds and fills - even though the songs follow predictable structures from verses into choruses, there’s this commanding presence to every bend of guitar that makes it sound...necessary, like there was no other way the riff could be written because it goes exactly where you want it to go. There’s no long ambient explorations or cyclical riff dirges - each of these songs is no shorter than five-and-a-half minutes, and not one is longer than nine. It’s rigid, and most of the songs are going for the same thing, but they all work, because this band knows what works in their music and how to use it.

Because Wheel has pruned everything other than what they absolutely need, it creates an efficiency that allows you to get something out of every track - even if it doesn’t click with you right away, eventually you’ll be taken by its mood, the odd pronunciations the vocalist makes that glue certain parts in your head, a bitchin’ solo, or even the grounding yet surprisingly dextrous drumwork. If you subscribe to the school of pure, untainted, Solitude Aeternus-styled doom, this band (and album) is well worth your while. I listen to this stuff fairly sporadically, but Preserved In Time has made itself a staple in my listening catalog the past month or so.