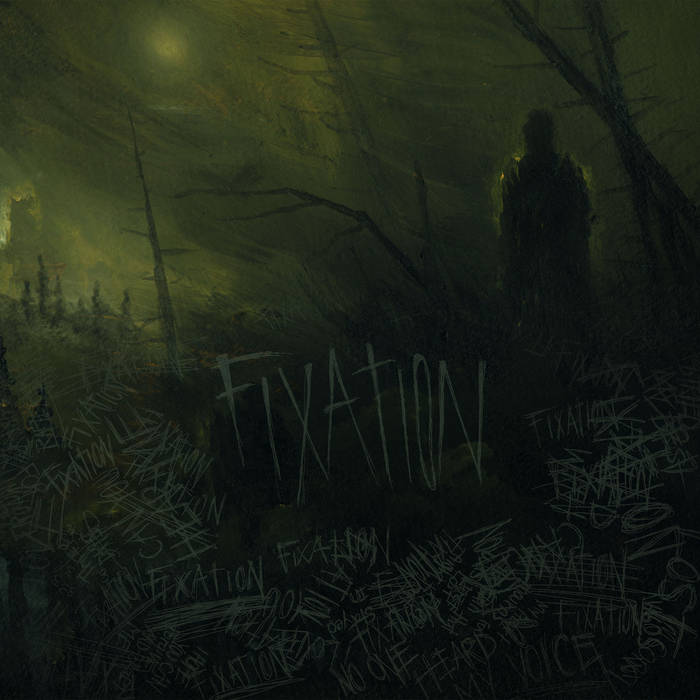 While when it comes to reviewing there’s always a catharsis to reviewing bad albums, be it to make fun or just to put a final word to a bad listening experience. The worst type of negative reviews for me are the ones for bands that had great potential or went in befuddling directions. And that’s certainly the case with Canadian solo act The Ember, The Ash’s sophomore record Fixation, released through Prosthetic Records.

The Ember, The Ash is the one-man band by William Melsness aka 鬼 (Chinese for ghost), who is most well-known for his main shoegaze project Unreqvited. I first became aware of this project by coming across his 2019 debut album Consciousness Torn From The Void, wherein he displayed a surprisingly well crafted if standard album of atmospheric black metal with a depressingly raw edge and beautifully implemented keyboards. While it didn’t reinvent the wheel or anything it got me interested enough to be on the lookout for the next record and also check out his main project Unreqvited (on a sidenote it is also decent and worth checking out for fans of the more shoegaze and alt rock centric work of bands like Alcest and Deafheaven), and in 2021 he finally came back with Fixation and my overall takeaway from this new record is disappointment.

The big sticking point of this record is how it’s a completely drastic musical shift from atmospheric and depressing black metal into, of all things, deathcore, and more befuddling, "SYMPHONIC" deathcore. And beyond all the mockery and flack this particular subgenre has gotten, the truth is that it really does deserve some of the guff, and this album in particular is guilty of the many criticisms’ deathcore gets. The blaring and overwrought production, the overreliance of chugging guitars and simplistic bass, no sense of melody, and a chaotic musical composition that feels aimless and uneven, which in turns makes this album feel longer than it actually is. Furthermore, the symphonic elements on Fixation, make this album (that’s meant to have a serious tone with themes of addiction and existential dread) sound way too melodramatic and cheesy, which defeats the whole purpose of the music’s attempted extremity, and of course, it has the other fatal flaw of deathcore which is having a loud and "intense" mixing to make the music sound extreme and forceful but ends up just being loud and caustic to an obnoxious level and no real grit or rawness.

The main criticism I had with Consciousness Torn From The Void was that it wasn’t unique and wore its influences on its sleeve, but on Fixation, that criticism is worse by a massive margin because its just a deathcore album, even Melsness vocals sound so average, the dude displayed some surprisingly compelling shrieks in both this project and Unreqvited (where his clean singing is also very good) but on this record it’s just run of the mill, hum drum deathcore shouting and the whole experience amounts to a frustratingly boring album with no sense of real identity. Finally, the inclusion of the previous album’s title track re-recorded in this new style also feels so forced and makes it harder to not compare this record with its predecessor.

It really pains me to make a scathing review like this for The Ember, The Ash because that first album really hooked me in, and Melsness other project also showed me the dude is legitimately talented. Even with how much I dislike this record, it’s clear that this was an intentional creative direction Melsness wanted to take, but as much as I can respect his talent and passion, the sad truth is that this album is simply not for me, and many other people who were into his first record as much as I was and were hoping for a follow up in that style will probably feel the same way about Fixation.