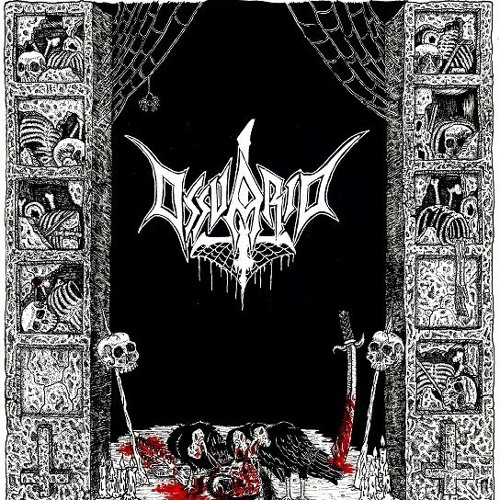 Brazilians Ossuário don't take long to get going on their EP Metal Antchrist with a cool Celtic Frost riff and the accompanying "Uuugh!!!". No intro, no keyboard, just old school black thrash.

The songs are in the mid tempo range and invite you to bang along. Stylistically the band is somewhere between Celtic Frost, Venom and Motörhead, something like Midnight or Toxic Holocaust (especially on their best record "Conjure and Command") practice. The songs are kept quite catchy and are characterized by simply kept riffs and drumming, but I don't mean that in a negative way in relation to such music.

The production is dirty and has a slight rehearsal room flair, but that's also what you're used to from Midnight and other bands in these musical terrains. And who wants to have a clean production with such music? At least I don't.

The five regular tracks are all on the same musical level, there are no big surprises here, except that the last track 'Beyond the Gates / Inside the Grave' has some doomy passages - so the guys can let off the gas pedal a bit after all. The last two songs are demo versions of the songs available on the EP, so they are not really significant. Accordingly, their sound quality is as well. But I just value them as bonus tracks. Unfortunately the band is on hold, so it's not clear if you will hear anything from them again.