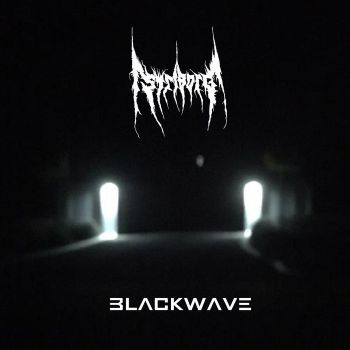 Type: Full-Length
Release Date: May 21st, 2018
Label: Independent
Genre: Ambient, Black, Electronic
1 Trapped In A Void Of The Night
2 The Overwhelming Presence Of Life
3 Delusions Of Grandeur
4 Making The World Cold
5 All Alone In A Room Filled With Souls
6 Penance Stare
Note: Released on cassette on February 1st, 2020 by Swollen Gargantuan Fecal Fetus

With the old Striborg, you knew what you're getting. The best anti-advertisement for Tasmanian forests one could think of - a few minutes into the trademark wall of distorted sound and there's already paranoia. You're almost definitely in a forest, it's probably night, you can't exactly see where you're walking, but you're damn sure there's something out there that might get you. And it's raining. And you're miserable, cold and looking for your way back home, but you're afraid because, just around the corner, there might be a beast waiting to do anything between messing with your hair and devouring your flesh - you just can't tell and you're so overwhelmed that you can't even bother to think of the possibilities. And let's not even mention the ghosts, the shadows, and the aliens, or whatever it was. But, in a way, it was still a safe place because, at least, there were no humans. A mental home for the seasoned misanthrope made entirely out of traditional black metal instruments and the nastiest keyboards this side of a wet UFO stranded on a hill covered in moss. But it was all just Striborg, just doing what Striborg does, making old Darkthrone sound like a symphonic band, all the while casually taking black metal to the next level, seemingly without even trying. Because he hates all of us, and we got all the effort from him that we, the human scum, deserved.

But, the old Striborg is no more. This, the new Striborg, has no guitars. Or drums, or bass. It's something called "blackwave" and it's already his second album in the "new" style. It's - shudder - all electronic. With beats, effects, synths, bleeps and stuff. And, of course, I had to ask myself - what do I get now? Did he go all the way to whatever the electronic artists do that I, the metal guy, don't care about? Like, maybe, you can take Striborg out of a forest, but - can you take the forest out of Striborg? Is it - gasp - techno, or dance music? And, thank Quorthon in Valhalla, the answer is no.

Yes, it's all electronic. And it's still colder than Norway. If you remember the numerous ambient instrumentals and interludes from the old albums, Blackwave will feel like a continuation and an improvement. Somehow, the atmosphere is still there but it's just... more. More out there. It might not be a forest, but it's definitely going through some other spaces, depending on the track. Some connection points are still here - those unmistakable vocals for example, distorted to inhuman hell and back. Or the way the keyboards carry the darkness with them - if your brain was conditioned by the Striborg of old, you will instinctively recognize it's the same artist. He's just using other means to the same end - an end with no humans in sight to help you get out. It's seductive, innovative, diverse enough to keep you listening, but bleak enough to make you wonder where you are. Personally, I don't know. It could still be a forest. Or a wet, muddy suburban road too far from the city. Or a rooftop of a ruined building, beneath a starry sky. Or a bloody, smelly basement. Or is it the smell of wood in an old, haunted house? For all I know, I could even be on Mars, alone, smoking my last cigarette and waiting for Elon to send more beer. Striborg is still outside, outdoors, visiting more spaces than before, and the spaces still aren't safe.

So, it works. It's still unmistakably Striborg. Where the first one, Instrumental Trans-Communication, was curiously gloomy, mostly great but still rough around the edges, Blackwave is Striborg with a total command of sound, stereo field and emotions. He knows what he wants to do, and does it without mercy. It's not all just about the experience - a dirty and fashionable word nowadays - with no substance. Blackwave is full of ideas. From nearly-human ghost choirs, over the unsettling surprises, dissonant rhythms, straightforward beats, curious bells moved by something unknown, whispers, screams, murmurs, cosmic winds, to the sounds that might be from an 80s video game console, Striborg somehow made it all work. It's still a wall of sound, just a wall of different ones. As someone said, the music is not only about the notes. It's also about the spaces between the notes. And, on Blackwave, the spaces are possessed.