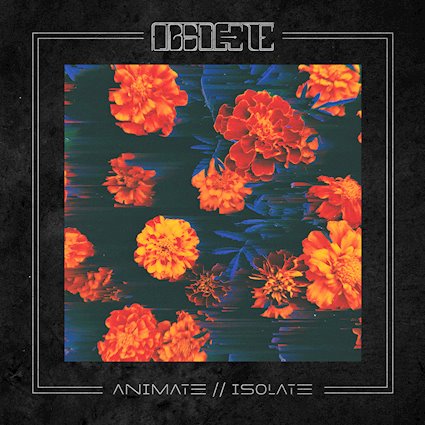 Ask any metal fan to compile a list of their favourite albums, and the likelihood is that they will identify one or more of the totemic 1980s albums by one of thrash’s ‘Big Four’, quite possibly with some strong competition from Sepultura, Exodus or Testament. Curiously, although the genre was extremely diverse at its inception, the thrash revival of the mid-00s, typified by the likes of Municipal Waste and Toxic Holocaust, focussed somewhat narrowly on the more cartoonish elements of the genre, ignoring the huge scope for progression and innovation that the genre would appear to offer. This emphasises the fact that too often, aside from some notable, but isolated, examples, the thrash scene seems too content to exist in the shadows of the classics, rather than taking those records as a starting point for the construction of something impressive enough to cast a shadow of its own.

Thankfully, there are some bands, particularly those artfully straddling the blurry boundary between progressive thrash and death metal, who are attempting to take the genre to interesting places without travelling to realms so remote that the ‘thrash’ descriptor no longer applies. On the evidence of their debut full-length Animate // Isolate, the Minneapolis-based Obsolete are absolutely one of them. The opening track, ‘Still’ is as good an introduction to the band as anything on the record, plunging headfirst into the kind of fiddly, but memorable, riff of a sort that they appear able to peel off at will throughout a remarkably consistent debut, pitching themselves somewhere between their labelmates Ripper, and the kind of technical death-thrash hybrid that Horrendous spewed forth on their "Anareta". While very much at the technical end of the thrash spectrum, Obsolete have an admirable gift for furnishing their whirlwinds of chromatic scales and eighth-note chugging with an insidious melodicism, creating a perfect balance between instrumental proficiency and grin-inducing, horn-throwing hooks that will have listeners alternately scratching and banging their heads. The latter ensures that the album makes an immediate impact, the former gives the album a longevity that will outlast the initial rush of adrenaline.

There are no weak tracks on this assured and confident debut, but there are a number of highlights which stand a little taller than the rest. The mid-paced bruiser ‘The Slough’ is one such standout – the track combining the split harmonies of classic thrash and syncopated Slayer-style riffing, with the melodic majesty of Atheist and the aforementioned Horrendous. Similarly, while the excellent ‘Old Horizon’ recalls the odd chord voicings of Voivod, and the fret-melting fury of Coroner, the clever integration of blastbeats and spacious atmospheric leads means that Obsolete are able to transcend their influences, landing on a sound that has clear influences, but could not be said to be overly derivative. ‘The Fog’ benefits hugely from the prominent position of the bass in the mix, and it is encouraging to hear a new band that utilise the low-end as an instrument in its own right, by turns working effectively with the excellent drumming of Pat Ruhland, but also offering counterpoint to the guitars when a dense mix opens up sufficiently to allow space for the bass to roam more adventurously, recalling the stellar work of the legendary Steve DiGiorgio in Death and Sadus. Although the mix is occasionally cluttered owing to the sheer number of ideas that Obsolete cram into each track, it is sympathetic to the band’s strengths, and raw enough to avoid the kind of sterile production that can afflict modern thrash, ensuring that the band’s feral intensity is not lost in a quest for total clarity.

Another facet of the Obsolete sound which ensures that Animate // Isolate retains the listener’s interest throughout is the constant rhythmic changes that are a feature of virtually every single song. Too often, perhaps as a result of the reliance on digital recording technology snapping everything to a rigidly-quantized grid, modern thrash and death metal tends to adhere to a single tempo with little variation in and development of the accompanying drum patterns, which can become monotonous, even if the riffs themselves are strong. There are no such issues here, as Obsolete prove themselves adept at seamlessly transitioning from tremolo blasts, to complex mid-paced riffs, at every point augmented by a rhythm section that dextrously adapts to the changing requirements of the song with no trouble whatsoever. It all speaks of a band that has diligently honed their craft in the rehearsal room, ensuring that their debut is very much the organic sound of musicians operating as a single entity, with the final result greater than the sum of its already impressive parts. It all suggests that Obsolete should be a compelling live proposition, as and when they are able to tour their debut.

While there are no major criticisms of this album, it would be fascinating to hear the band develop further the kind of sky-scraping twin lead playing that can be heard on the majestic closer ‘Intercostal’, which allies fluid, melodic exploration with the kind of mid-paced death metal that Death perfected on "Human", offering further avenues for what are likely to be some genuinely intriguing future adventures, on the basis of the very creditable starting point that Obsolete have carved out for themselves this time round. As exciting as it is to hypothesise about where the band may go next though, what is most striking is that in the present, they have released a supremely confident and cohesive debut album that elevates them immediately to the higher echelons of the contemporary thrash scene. Animate // Isolate is the most impressive thrash record released so far this year, and the perfect introduction to a band that, with a bit of fortune, could make a significant impact on the wider metal scene in the coming years.