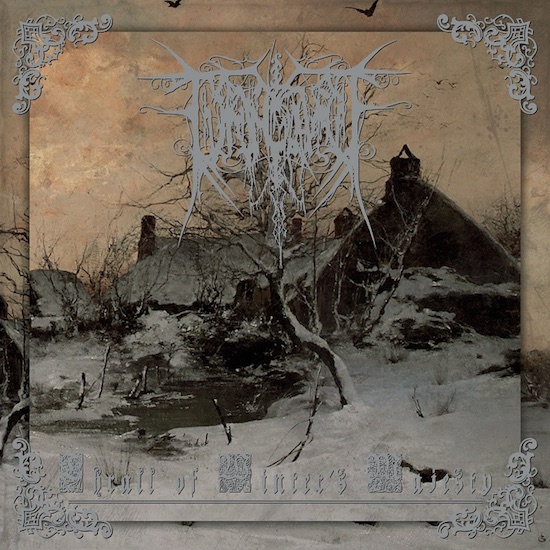 I’ve played the new Ringarë album almost 5 times now and tried to compare it to their past entry Under Pale Moon. It took me a while to figure out what was missing from this album that was present on the previous. The atmosphere is precise and evinces the feeling of experiencing both the magical luminescence at dusk and being at the mercy of winter. Vast landscapes of keyboard synth, lush and beautiful, marked by soaring vocal scars and drumming that is clearly more adventurous and flaring adhere neatly yet the absence of a crucial element persisted.

The drums on Thrall Of Winter’s Majesty are mechanical sounding as opposed to the organic tone it had on the prior album. Another thing to note is the method of the drumming which seems flashy to some extent with much more acrobatics demonstrated in the double kick bass. Forgive me for saying this but it almost sounds like they could be used on a modern death metal record. All this may seem like a turn off to some depending on how you view the album and the overall musicianship. And while I would have preferred a natural sound, the drumming here does not hinder the real strength of the album being the atmosphere.

Huge dripping textures of keyboards sprawl across the runtime of the album to the point where you feel as though you’re listening to an exclusively ambient record. There’s a few riffs on here but the guitars are basically just support for the keyboards and somewhat rely on the synth to guide or conduct the riffs. And as mentioned the drumming though possessing a mechanical sound still finds its place within the album due to the catchy nature of its compositions. You’ll find that the tracks in which they are a part of are quite a delight to the ear due to the pieces of earworm in the techniques of the compositions. Hence even though they were not able to get an organic drum sound on the album, they did manage to find some middle ground between maintaining the atmosphere and flaunting some interesting dynamics.