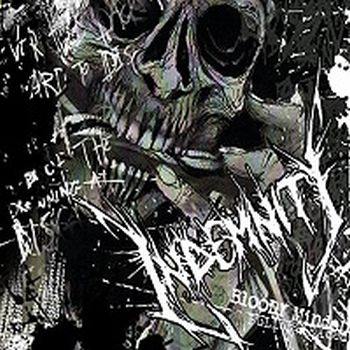 You gotta hand it to Indemnity, cramming some 30 years of thrash and hardcore into a 21 minute album, that's no mean feat.

To describe it in short: Indemnity are a thrash metal band with a heavy influence of both old school and newer school hardcore punk, but to put it like that, one would sell the band short. While the vocals remind me of mid to late 90's hardcore/metal acts like Pro-Pain or Skinlab (you could basically fill in any post 1994 hardcore/thrash band here), their music is somewhat harder to define. It is not exactly your basic Slayer, Exodus or Kreator copy band, although these influences certainly show up throughout, but the band mix in different styles into the thrash metal frame of their music. There's crust and old school hardcore punk, but also Bay Area thrash, New York hardcore, crossover and even some 90's groove thrash, it all makes an appearance.

Throughout the whole album I hear bands like M.O.D., Sacred Reich, Vio-lence, Backfire!, Torque, 25 ta Life, early Slayer, Minor Threat, ... and those are just the ones that come to mind right now! The band has dropped it all into a blender and made their own, original cocktail of different metal and hardcore styles, without it coming across as forced. It has groovy mid tempo parts, thrashing polka beats, gang vocals, blast beats, blazing guitar leads, d-beats, ... Within the space of one song the band can seamlessly switch from Exodus style thrash riffing to blistering hardcore punk like Discharge and back again on the turn of a dime, without it becoming a mess. And it must be noted that even with all those different influences, this albums remains consistent throughout. Perhaps not all that they put in here is to my personal liking, but the fact is that there aren't a lot of bands that can give the thrash genre a spin of their own, but Indemnity does it to good effect.

This is by far one of the most varied thrash albums I have ever heard, and with it's excellent production and punkish energy it doesn't look like it's going to get boring anytime soon. There's just so much happening here it takes some time to let it all sink in, but it sure is worth the effort. I certainly appreciate their eclectic approach to the thrash genre, though I can also imagine that the usual patch-jacket crowd might have some trouble with Indemnity, because they have a lot more to offer than your basic Exodus clone band. Give them a chance, I'd say, they totally deserve it.