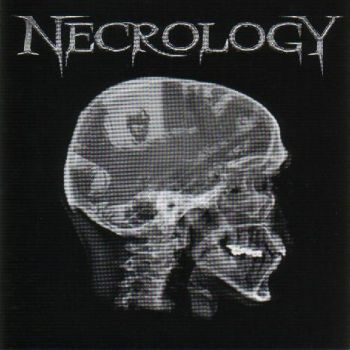 When it comes to death metal, the emphasis seems to be primarily on the scenes of Sweden and Florida, often neglecting the fact that the Netherlands also have a rich history in the genre. From the early comers like Pestilence, Asphyx and Sinister, through bands like Altar, Severe Torture and Pernicious in the late 90's/early 00's, to the present day with acts like Incinerator, Fumes of Decay and Burial Remains, the country certainly has contributed (and contributes) a lot. And whenever there's a lot, there's also a lot that tends to be forgotten, to sink away in obscurity. Sometimes deservedly so, but in the case of Necrology, an unjustified fate, in my opinion.

After releasing a great EP and fleshing out their line up with a bass player, Necrology went to work on what turned out to be their final release, Malignancy Defined. On this hearty platter, the band serves up sturdy brutal death metal, influenced by bands like Deicide, Malevolent Creation, early Suffocation and "Tomb of the Mutilated" era Cannibal Corpse. Judging by the high standard of playing, I have a feeling that bands like Skinless or Fleshgrind weren't unknown entities either to these guys. They keep it tight, maintaining a good balance between savage brutality, more technical parts and slower sections. The influence of Slayer shines through in the riffing and especially guitar leads, and the band know how to build in some needed variation into the songs. The brutish gutturals, superb percussion (that could have been a bit more up in the mix) and good production complete this picture of varied brutality, making for a diverse and pounding release. It's an album that holds it's ground among other acts from the time, sometimes even surpassing some of them, which is not a negligible effort for a debut full length.

Unfortunately, Necrology never delivered upon the promise made with this album, which is just too bad. I suspect that reasons could be that their label didn't have the means to get it going, line up changes seem to have been a regular occurrence too, and probably you can add to this the old "life getting in the way"-thing as well. Too bad, I sure would've liked to know where they would have gone, had they continued.

Hey, at least they left us with this great going-away present, go check it out, because it's a more than decent release. If you like late 90's/ early 00's death metal like Skinless, Teratism, Kadath and the first Aborted album, this will definitely be up your alley.